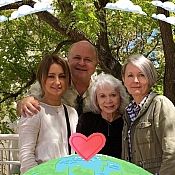 I am a senior, and cannot afford to throw money away, but apparently I have to this so called company. I wonder if anyone else had this problem.
Helpful (2)
Thank you
CareCredit
“Bad experience”
Up until now, I had used CareCredit card several times through my dentist office. However, I moved last year, and had been looking for a dentist for sometime. I recently settled on one in my new town. They told me what it would cost for xrays and cleaning, and suggested I call CareCredit to ensure my card was still good. So I called this month. Got a man. I told him the situation, and gave him my info. He said my card was still valid. I gave him my new address also.

So, I go to the dentist, the 13th of this month. When the person at the office put my CareCredit through for the $349 payment, it came back DENIED. I called right then and asked why. The lady told me I had closed my account. I told her I never closed the account. She said I had to apply for a new card. Pretty crazy when I had a card for a number of years, and as they could see, always paid on time and never longer than 12 months. I told her I had been told the card was valid, and now, did this not only leave me very embarrassed at a new doctor's office, but as a senior, having to dish out $349 was even more difficult. She made no effort to help me, every thing was very matter of fact and yes I did close my account, pretty much saying I was not told what I was by the other rep, a man.

I find it hard to recommend this company to anyone after being treated as such. Especially, when you have been a very good customer.

Beth isn’t following anybody yet.

I had to contact this company today. I had a card with them for my medical expenses. I paid the...

Gave it 2 stars ONLY because it helped save my cats life last July. Other than that, I would give...