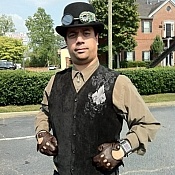 SpringboardAmerica
“Beware this Survey Site!”
I was part of Springboard America for a year and it seemed to give surveys less often than similar companies. Nevertheless, I continued to do surveys when I was able and had earned over $30 worth of rewards (You need $50 to receive the rewards) when they suddenly cancelled my account. When I inquired why they claimed I had repeated and flagrantly lied on numerous surveys. I'm a member of a dozen such panels and have been on some for years, so I know better than to not answer questions well. My next email asking for examples of this so I could argue my case was ignored. Though I have no proof, it seems to me like they waited until I was nearly able to get my $50 and cancelled my account so they didn't need to pay me. In my mind, this company is run by scam artists and if I were a company that needed data, I wouldn't go to them either since they obviously have no integrity,
Helpful (0)
Thank you
Swagbucks
“Great Survey Company”
You can get points a variety of ways including purchases, surveys and watching videos. I get the minimum for a bonus nearly everyday and you can too!
Helpful (0)
Thank you
MyPoints
“Good survey company”
They give a lot of opportunity for rewards but if you click a single wrong button they can freeze your account and then tell you that one more mistake and you'll be removed from their site forever. It seems a bit harsh when sometimes computers act up.
Helpful (0)
Thank you
LifePoints
“Life points is a great place to earn rewards.”
As far as survey companies go lifepoints is one of the best. The rewards per survey are a good value though you do disqualify at about the same rate as other companies. The opportunities come very frequently so there's always a chance to earn.
Helpful (1)
Thank you

We are very grateful for your kind words. Thanks for sharing your review with us and the LifePoints community.

I been emailing them for a long time they have surveys which are called external surveys that are...

Easy and fun way to earn free stuff. Thank you. Big selection to choose from. Save receipts and...