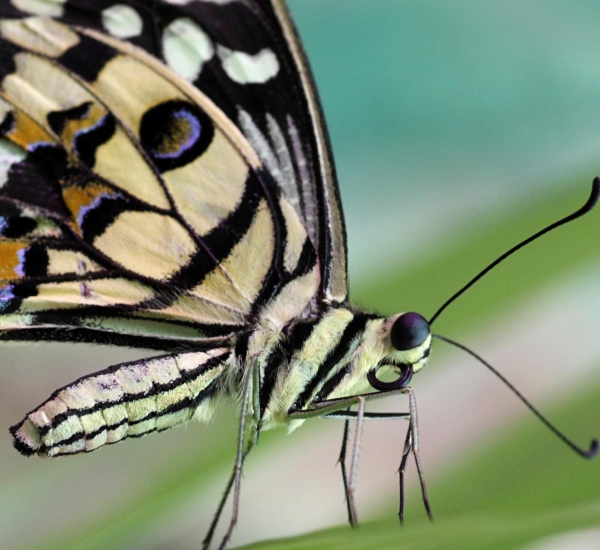 I have been a member for 10 years and am quite done with them. They are literally the WORST!

Not only do they spam your email with 2 - 5 emails daily, they also make it not worth your time to do the surveys. $75 e-rewards currency is only worth $25 "real" money on a gift card. There are very few choices for gift cards. You are better off redeeming for airline points.

They trick you with $20 - $30 survey invitations, and after you spend 15 - 20 minutes filling out answers, those surveys either say you don't qualify or they have too many responses and kick you out. You end up with maybe 25 cents for your time. Average surveys are $4 - 5 "currency" and take about 20 - 30 minutes (divide the currency by 3 for what you make in real money!). Waste of time!

And good luck getting help from their horrible customer service! They take a whole week to respond and provide zero actual help besides canned copy-and-paste answers!

Always cash out currency as you go because many people have lost thousands of dollars of their currency on these stupid surveys because e-Rewards is run by crooks. I never left any more than $75 or $100 in my account before redeeming for gift cards or airline points and suggest that you do the same.

Glad I cashed out my currency because I am tired of dealing with this BS company.

Helpful (2)
Thank you
Sephora
“Good But Rewards Could Be Better”

I've been a Sephora VIB or Rouge member for many years, and the rewards program is just ok. Ulta definitely has a better program (2000 points for $125 off anytime you want!). I've slowly switched to shopping at Ulta more unless they don't sell specific brands I need.

Sephora Rouge have to wait for Rouge Rewards (2500 points for $100 off), which only pop up at 9 AM PST Tues and Thurs. They only have a limited quantity too. Kind of frustrating that Rouge cannot easily redeem rewards like you can at Ulta. Plus it is way harder to build points at Sephora (Ulta has one 10x points day each year and wayyy more free gifts with purchase too!)

Sephora, please improve your rewards program! Anyone who spends so much at your store should be able to redeem their hard-earned points without so much hassle.

For other aspects, I like paying $15 each year (but used to be $10!) for flash 2 day shipping and receiving online orders fast.

And I've never had problems returning items that don't work out, even if it's for store credit. So I appreciate the great return policy!

Fantastic customer service and great selection of clothing! I've only contacted cs once or twice, and they were very fast to respond and help. No problems with returns and exchanges. I have shopped at lulus.com since 2010 and placed over 60 orders total. They use UPS Surepost (UPS to Post Office) for almost all packages - very rarely UPS ground. No problems receiving my orders.

PS My bridesmaids wore dresses from Lulus and looked gorgeous. Best value for the price!

Love Ulta! I've been a platinum member for many years, and their rewards program is awesome. Beats Sephora out of the water! Love redeeming 2000 points for $125 off. I only wish the diamond level was easier to achieve. Sephora Rouge is $1000 spend/year, but Ulta Diamond is $1200 spend/year. I always fall just slightly short. Customer service is great (only contacted once or twice since I virtually have no issues).

TransUnion refuses to remove an unauthorized hard inquiry on my credit report. I was a victim of identity theft in Jan 2020, and Wells Fargo contacted all of the credit bureaus to remove the account and change the inquiry from "hard" to "soft". Every credit bureau EXCEPT Transunion has already fixed the issue months ago. There is no reason Transunion cannot complete a simple request in almost a year's time.

I called Transunion today (12/9/2020@ 7:35 AM PST) and spoke to three reps on the phone (*******604) who kept saying the next person would remove my inquiry. However, the last female "supervisor" at 7:50 AM refused to remove it and told me good luck... I wish I had written down her name to file a complaint with Transunion because she was really rude, unhelpful, and unknowledgeable about the whole process of removing an unauthorized inquiry. The first two reps sounded like workers outsourced in India, and the last woman sounded like an actual person in the US. Everyone just asked the same dumb questions over and over without doing anything to help.

Note: I have also filed a complaint with Consumer Financial Protection Bureau (CFPB) to make sure the government is aware of Transunion's fraudulent consumer practices. I suggest doing this if you want to escalate your problem and get proper resolution.

Helpful (1)
Thank you
Bonanza
“Bonanza is a Huge Joke!”

I've been selling on Bonanza since Dec 2010. They get zero traffic compared to eBay. I was trying to get away from scammers, but Bonanza will get you 1/100 of the sales as eBay. I make hundreds of sales on eBay each year compared to a handful on Bonanza. I wouldn't waste my time if I were you. Honestly I have no clue how they are even still in business.

Thanks for sharing your experience, Bella! Bonanza certainly does not have the name recognition that eBay does so fewer people come directly to our site. We're certainly working on increasing traffic and expanding into new markets. Luckily we have no upfront fees nor membership requirements, meaning there are no charges until after a sale is made. We'd to chat more in depth with you about this if you like. Please contact us at support@bonanza.com.

Bebe has amazing customer service. I buy online from them every other week, and I've never had an issue with my orders. Every time I have contacted them, they respond very promptly and politely. Highly recommend shopping with bebe! Great clothes, great prices, and great customer service!

Helpful (2)
Thank you
Forever21
“I have ordered multiple times from Forever 21 and always...”

I have ordered multiple times from Forever 21 and always received exactly what I ordered, no problems whatsoever. Their customer service is prompt in responding to your questions. I can never find items in their stores, so I prefer shopping online. Plus, free shipping with $50 orders is always awesome!

Helpful (2)
Thank you
Zappos.com
“Zappos is the most amazing online company”

Zappos is the most amazing online company. I've placed 3 orders with them and always received my packages within 1 business day. Absolutely no complaints. Fantastic return policy and customer service. Highly recommend.

Helpful (2)
Thank you
Lancome
“I have been a loyal Lancome customer for many years...”

I have been a loyal Lancome customer for many years and ordered from their website many times. Two weeks ago, I ordered 2 products, and when I received my package, there was only 1 in the box. I called customer service and they told me they would speak to the manager and call me back within 24-48 hours. I never received a response. I wrote an email after 48 hours had passed, and they also never responded. Horrible customer service. I won't be back. Stay away.

I placed an online order directly from Juicy Couture's official website -- www.juicycouture.com -- about a month ago. When I received my package, I noticed that the pants did not look anything like the photo on their website. I brought the pants to the local Juicy Couture store where the saleslady confirmed that they were not Juicy Couture brand at all. I immediately contacted their online customer service to notify them of their mistake. They told me they were sorry I had received the wrong item and that I could return it.

I shipped the pants back with my return form, on which I stated that they were NOT the Juicy Couture pants I had ordered, and in fact, not even Juicy Couture brand at all. Someone named "Lisa Smith" had the nerve to ship them back to me with a sloppy hand-written note stating, "NOT A JUICY PRODUCT" and did not process my return as promised.

I had to file a credit card dispute to get my money back. To this day, Juicy Couture still won't acknowledge the fact that they made a mistake in shipping a NON-Juicy product to me. Either someone in their returns department doesn't carefully check people's returns and accepted the pants that were eventually shipped to me, or someone in their shipping department stole the pants I ordered and shipped the no name brand pants to me. Their "customer service" is a joke. I have already filed reports with the BBB and FTC and wanted to warn any other consumers so this never happens to anyone else.

Bella hasn’t received any thanks yous.

Bella isn’t following anybody yet.

Unfortunately my review reflects the same sentiments of a lot of other users. I was a happy...

Long story short, answer surveys for daaaays, got "rewards" that I can't change, the page is bs,...