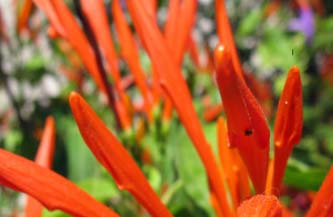 Valnes & Company
“Unethical Realtor”
Stacey Valnes has taken advantage of me and my mother when he suggested that we list our house at the price that he came up with by looking at the sales Comparables in our area.We believed him!

So, we listed our home with him, and he later talked us into accepting an offer on it. We felt a bit rushed and wanted to wait, but Stacey assured us that we would never get more than what we were being offered. I later found out that similar houses on our street have been selling for $100,000 more than what Stacey Valnes has told us was a fair selling price of our home. I believe, Stacey has made a deal on us and convinced us that our house was only worth what he said it was worth.

It is too late to do anything about it now because the sale has gone through and the title has transferred, but I wouldn't use Valnes Bell Realtors again, nor advise them to anyone else to seek out their advise. I just know, Stacey must have gotten some monetary incentive from the buyer that he seemed to know quite well, besides his commission that he negotiated with me. Stacey represented both sides in this transaction and I feel that he defrauded me and my mother and made a *** of a profit for himself. I know, it sounds absurd, but neither I nor my wife really know anything about how real estate works, and we believe, Stacey saw that and went for the kill.

He saw the opportunity and he took advantage of our vulnerability. Too bad there are people like that in this world.

I am really quite upset about it, and my mother just stopped trusting people after what Stacey Valnes has done to us!I would advise anyone to research these sales agents carefully before doing any business with them because a lot of them out there are scammers and confidence artists and Stacey Valnes is certainly one of them!
Helpful (0)
Thank you

Becca hasn’t received any thanks yous.

Becca doesn’t have any fans yet.

Becca isn’t following anybody yet.

I met with Stacey in person and he told me how great his company was and how many additional...