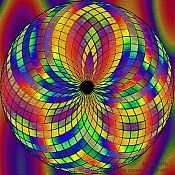 JustMyLook.com
“Only spend what you can afford to never see again”

Six weeks ago I ordered three sets of Yankee Candles from justmylook.com for Christmas gifts. A week or so later I received an email from them (Declan) to say that two of the sets were out of stock so they'd refund me for them. I received the third set without any problems. Despite emailing them up to a dozen times, writing to them on their facebook page two or three times (which were subsequently deleted along with many other complaints) and leaving reviews where I hoped they'd see them (but couldn't delete), calling their phone number a heap of times - which they never answer - I heard nothing back from them. I've started a facebook group now, "justmylook unhappy customers" where there are a few of us sharing our stories. I know that justmylook has seen the group because someone called Declan has been recorded as visiting it. Anybody who types justmylook into facebook will see the unhappy customers group pop up. The situation is now that as nobody has received a refund from them, nobody expects to get their money back. At least the unhappy customers group is there to warn people. Someone paid over £100 for some GHD hair straighteners but received a product worth a couple of pounds instead. Anyway, purchase at your own risk, you might be lucky and get what you paid for but you might not.

Helpful (1)
Thank you
SumOfUs
“Social Engineering at it's heart”

Yesterday I received an email from Sumofus.org to tell me how successful they/we (it was definitely nothing to do with me) have been in a smear campaign relating to a well known political prisoner. This 'success' has been achieved by collecting money from people by using emotive language and propaganda, and has been used to force financial businesses to freeze his bank accounts. This has achieved the desired effect of stifling free speech as the affected person receives funding from people who agree with what he has to say. No money, no means to carry on.

This prompted me to dig deeper into this business and to find out who is behind it all. Imagine my shock when globalists George Soros, Rockefeller and Bill Clinton's names cropped up on my very first search. Everything made sense after that. There are a multitude of these businesses that have been set up by these 'characters' to take donations from people that are being used in ways that will further their own political agenda of globalism for us all.

Whether or not you believe in or want globalism and all the evils it entails is by the by, everyone should be horrified at the blatant forced silencing of free speech and the richest people in the world deciding that what they desire for the future of the world should be covertly forced upon us. How their followers can't see what these businesses are doing is beyond me. All I can ask of anyone is to stay away, leave reviews and keep their money in their pockets.

Helpful (3)
Thank you
Quora
“Zero regard for member safety”

After years of quality input on quora (I call it quality because I've had tens of thousands of views and thousands of 'likes') I received an email saying my account was blocked because I used a shortened version of my name that just happens to be a proper name in itself, which is considered against their policy. For instance, if your name is Peter, you can't give Pete as your name. I explained that I've spent 8 years being followed around the internet and in real life by a stalker who has all but taken my life away. I received an email today from them that they're 'unable to' help. Either they aren't interested or their web team have no control over the site - I know which one I'm guessing at. They also told me they refuse to unblock my account unless I update my profile with my full name. I can only assume their name policy is more important than ensuring the safety of their members. Surely quality content is more important than what people call themselves? I'm wondering, if I was born male and changed my sex, would they still insist on calling me male? In the UK that would be classed as a 'hate crime' and can mean you're looking at a prison sentence.

It's also well worth remembering that if you don't always hold popular views and refuse to attack the people they disagree with, you might as well not waste your time on quora, personal attacks and vexatious reporting are very much a thing - but that's acceptable, just so long as you use your real name.

Bea hasn’t received any thanks yous.

Bea doesn’t have any fans yet.

Bea isn’t following anybody yet.

Sent incorrect item and wouldn't refund without returning in the middle of covid lockdown. I had...

Not only they don't reply, but they scam you! I ordered a new Wahl trimmer, it arrived in a...