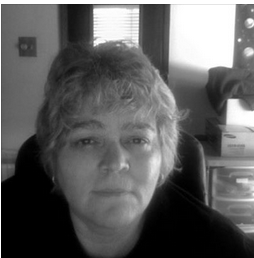 WigsWay.co.uk
“I caution anyone who wishes to purchases a wig from...”
I caution anyone who wishes to purchases a wig from wigsway.com. I ordered a wig on September 27, 2014 and finally received it on November 5, 2014. . Unfortunately, the wig was not the same color as advertised nor was it the quality I expected. When holding the wig, pieces of hair kept falling off the wig and there were bare spots on the back of the wig showing the net underneath. Also, the hair was cut unevenly on both sides which did not match when looking at it. Also, the hair had much static electricity in it and did not appear to be human hair even though their advertisement indicated that it was a human hair wig. In accordance with their return policy, I sent them an email requesting their return address. However, they ignored my email for several days and finally wrote back saying that they would let paypal handle this and they did not provide a return address. In talking with Paypal, they indicated that because the funding source was American Express, it is American Express that should handle this dispute. So I contacted American Express and uploaded documents including photos of the wig and emails I had sent to the vendor. Wigsway obviously is doing everything they can to avoid complying with their return policy. I would caution anyone who may be interested in purchasing wigs from wigsway.com. The quality is very poor and customer service is even worse.
Helpful (6)
Thank you

Barbara hasn’t received any thanks yous.

Barbara doesn’t have any fans yet.

Barbara isn’t following anybody yet.

These sites are hair raising! (excuse the pun). They laugh all the way to the bank. Wig buyers...

Paid over 250 for a real human hair wig and got a synthetic mess that is not what I...