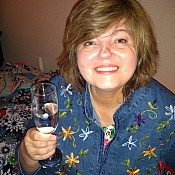 Hazelton's
“If I could give it a lower score I would!”
Verified purchase

I ordered a housewarming gift (a fruit basket) for my daughter and was skeptical because there were some definite red flags during the ordering process. They asked me for a delivery date so thinking it was like a flower shop, I picked that same day. Then as I got to the end of the process I found out that it was going to be shipped. It said deliveries in the U.S. were free so I assumed they must be a global company and had shops everywhere. This was a bad assumption. My fruit basket was not shipped until 3 days later from the East coast (my daughter lives on the West coast). It was in transit for a week. Nothing was what I ordered, and I do mean NOTHING. Everything had been substituted and by the time it got there, most of it was damaged and rotten. I had paid extra for chocolate covered fruit and that was not included (although it would have been inedible by the time it got there anyway). The substitutes made no sense. Instead of Asian apples the substitutes were lemons and limes. Instead of a pineapple, it was a little bowl of rotten grapes. Instead of crackers to go with the cheese, cookies. Even the basket with the removable lining was substituted with a completely different basket and no lining. There was supposed to be a little cute wooden bucket that was completely omitted. When I tried calling the company, I got an automated response telling me to leave my order # and they would get back to me with an email. They never did. When I sent an email with pictures and an explanation of the problem, I got a short response telling me I wasn't entitled to a refund and that I should have read their FAQs explaining they are not responsible for the condition of the produce when it arrives. I have attached photos. One is what I was expecting and the rest is what I got. Do you think I am due a refund?

Tip for consumers:
Don't do it. Deceptive. If something goes wrong, customer service is non-responsive and they will not make it right.

Azora hasn’t received any thanks yous.

Azora doesn’t have any fans yet.

Azora isn’t following anybody yet.

My family ordered a 50th birthday gift basket to arrive on the day of my birthday. I was away the...