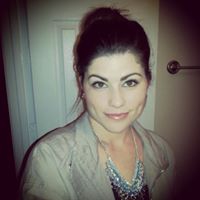 AfterHoursAgenda
“Did not deliver, No response, No refund”
I NEVER do this, but feel I must as a consumer. I never received any of the items I ordered in October. At the end of November and beginning of December, I sent two emails but never heard a response. I then emailed Storenvy support for help. In January, I received something about my items going out. Better late than never, right? It's March and I still have not received anything. I have emailed several more times with no response.

It's really disappointing when 2 of the 3 items were supposed to be Christmas gifts. But even more disappointing is the lack of customer service. As a small business owner, I feel that I was more than understanding and patient but only to be let down in the end. I am sad to say I will not be making any future purchases from this shop. And now I'm spreading the word to WARN my fellow consumers so you won't get strung along or robbed.
Helpful (1)
Thank you