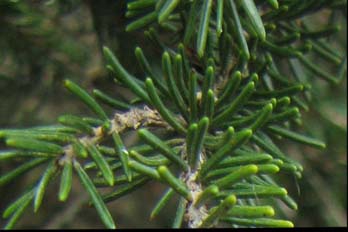 This has been a miserable experience and they lack any desire to do the honest and fair thing or even satisfy the commitments they make. We purchased the Charles P. Rogers King size Powercore Estate 9000, one of their top of the line products. CPR profess in their creative marketing that it is a very high quality Pure Talalay Latex mattress with all the wonderful benefits to justify the high cost.

The mattress is has only an internal small Latex Topper. It does not bounce back as the Talalay Latex Pillows we have and has distinctive cheap memory foam like residual sag. The cover also has cheap foam sewn in. They are refusing to honor their written, oral, and advertised Return and/or Exchange even though the request was made within the allotted time period (few days). They are also refusing to respond to calls for a fulfillment of my Warranty request accepted by the owner even though the mattress is just a few weeks old.

The factory direct delivery men said they could not get King Powercore Estate 9000 up my stairs and refused to complete the initial delivery. They said it was too heavy and do to a poor design, which was not previously disclosed; they said prevents them from flexing the mattress or it would break. All other manufactures can do this as it is not a ridged box spring or base which in a king does come as two pieces. They tried to blame me for the delivery and charges if I canceled.

They offered two Twin XL mattresses which I refused. They offered to build-in-home the King Powercore Estate 9000 which they stated would be exactly as if factory built except zipped closed and not sewn. I accepted and agreed under duress to pay the $195.00 adder for the zipper to the outer cover. I asked & they described in detail how the assembly would occur in the home. They would bring in the two spring bases which were built as one and cut in half to the size of a Twin XL. They would connect the two bases to be one structure and put on each of the Talalay Latex cut to the King size. This would all be put into the outer cover and zippered shut. Salesman said it would take approx. 1 hour. No location on their website or showroom do they offer an in-home-build or do they caution about their inability to deliver their King mattress to normal homes.

They delivered Two in stock Twin XL Mattresses without a cover sat them next to each and zippered on one cover over both just as they would have done if we ordered the mattress protector from them. Delivery men said it was built as a King in the factory & cut in half and had cheap foam on the sides for protection to expedite the delivery & that is how they always did it. They said the salesman was wrong. This was not built in home, one of the two delivery guys was here in the first delivery and they were in & out quickly.

The mattress is not performing as advertised or as the showroom model. The mattress is considerably softer and less resilient than in the showroom & if it is Talalay Latex, and not cheaper material, it should be firmer and bounce back. Website saysInstant comfort response. The cover is loose and the mattress sags considerably like an old mattress. Edges have no support which is dangerous. Salesman in the showroom said they should not have sold me the 9000 series as a back sleeper and the cover is much looser with the zipper than the sewn on version.

This mattress is not Pure Talalay Latex as they promote and advertise.
It only has the Pure Latex Internal Topper.
The other layers shown in the showroom cutaway that the salesman wrongly claimed was Talalay Latex appear to be Polyurethane.
Salesman had also said that the fabric cover was cotton and it is not.

Polyurethane is low density, lower life, and the least expensive and lowest quality foam used in a mattress and made up primarily of compounds derived from Petrochemicals.

Refusing to honor the advertised Return, Exchange, & Warranty: The owner is refusing to do a return or exchange in violation of their stated policy. They have admitted that they gave me two Twin XL mattresses and not a King as ordered. They offered to handle as a warranty claim and have their production manager visit my home since she agreed it should not sag, but have not called with a date/time and are not returning my calls. The owner said to rotate the mattress would require four people with this zip-together flimsy design.

The owner has no interest in satisfying a customer or doing the right thing. Stay away from these people!

Helpful (0)
Thank you
LibertyBuick
“Bait & Switch + They are introducing new math to pricing!”

These guys are bait & switch experts. Advertised Verano@ $10,000 off MSRP. When I called to buy they wanted to add Dealer options for thousands of $ which included putting air in the tires & cup holders which actually come standard in the car! Do they think people are that stupid. These Crooks wanted to introduce me to their math and tell me how to add or subtract. They laid out the pricing clearly, yet would not honor it. RUN... Run... Run. The guy said they are the largest Buick dealer and they can do this while others in the country cannot get away with it. NOT a very pleasant demeanor when someone is willing to buy a car you have 2 of & has sat for over 300 days..

After any power outage the travel up & down memory limits are erased again. The logic board design is defective and appears to have no residual on-chip memory as past models had. This causes the travel bar to bend significantly and is a real safety hazard as it can snap and kill someone. They are aware of the problem yet continue to say that it is standard in some current models and it requires you to reprogram it after each and every minor power outage. They need to recall and replace these Receiver Logic Board #45ACT.

After talking with the Exec Assist. To CEO they had QC review the matter & view my video. They are now sending me a new Logic Board to replace the defective one under warranty.

This is a Bait-and-switch operation in which they keep people that pay on-site captured inside on line waiting to pay the cashiers that rarely work and let in the prepaid people in front of you after you already waited on a long line outside. Then when you get to the cashier they push you to pay extra for the VIP $40.00 or they put you on the back of a long line. We went on Sunday and waited 2 1/2 hours to get in for a short 18 minute experience. The show is not scary or even Halloween related. Poor performance of their actors and quite a few smelled and needed a shower. Do not waste your time and money on this garbage.

I went to these people as was requested by our insurance company. They promised a 4 day turn around on repairing our vehicle so I gave them the job. When I called on the pickup day to find the time for pickup they said it would be ready 6 days later and they need to order a part they had not even ordered yet but knew they needed after the first day. When I called to pickup the car on the 2nd delivery date they said it would be another 6 days. When I said I needed the vehicle back the woman in their office said "we all can not always have what we want" and that was it and hung up on me. After I called the insurance carrier three times they finally jumped in and got the car returned in 5 not 6 more days. At no time did they call and update me. The folks at Collision Restoration even refused to pay the added car rental fee which the insurance company said they should pay. They returned the vehicle a complete mess with my personal items which were stored neatly thrown all over and the interior stunk for days from paint. They never touched up another area of the car as they contracted to do and the woman in the office said oh well I will tell them. They did not have the tire alignment done as was required and said I should take it to a shop they chose and have them billed. They are totally disorganized and the insurance carrier said they were not following the required protocol. Stay far away from these unreliable, nasty, and unprofessional people!

I have bought HDMI, TV mounts, components, had drives, and audio cables from these people for years. If they send you a bad product just tell them and they make it right.

I turned on years ago the service guys from Cablevision and they were all buying their stuff from Monoprice.

Placed order fully with credit card and then they sent email welcoming me to their site etc. No confirmation? A few days later I check and the order is mysteriously not in the order history yet in the shopping cart.
I am shocked and click place order as it shows my credit card # is there.
I get an email later saying the order was placed with a 5% higher price than my original order.
They emailed me back after I complained saying their price fluctuate in real time and they are not responsible.

A Has Earned 11 Votes

A S.'s review of Staples earned a Very Helpful vote

Contractor put a B750 in during remodel. Very slow my old lift master was a lot faster and...

Failed in heavy rain I bought one of these about two years ago. It failed about a week before the...