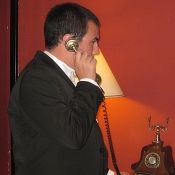 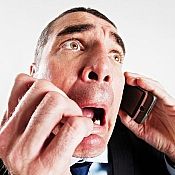 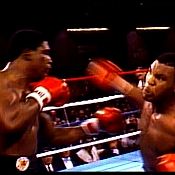 Just here to expose a bad site. may do more later

Betterteam
“Deletes for no specific reason”
Another site that draws you in to create a "free" account/job post,
deletes your post, removes your "free" trial. Can't get a specific reason or
any resolution. Don't waste your time.
Helpful (0)
Thank you
Photoshopit
“Inconsiderate, illogical, time and $ wasting liars”
They draw u into signing up & creating "job" (editing) requests,
then delete 1st request. After multiple emails they say it's cause the
airshow background is a "military security issue" they "can't" edit. I
tried reasoning with them & asking if there are any other rules I
should know, but they ignored all that including the 2 emails i later
sent, asking them to answer. I later create a job request & ask for 1
price quote, but contrary to what their site says, they never send 1.
Their chat guy Carl tells me to request a quote & when I say I did,
he offers a quote. After not getting a straight logical answer 3-4
times, he admits he doesn't know why no quote was sent but he'll find
out & agreed to follow up on the current edit he personally got a
quote for. He never contacts me again & blocks my chat days later
just as I'm responding to his automated response to a chat i started.
Same guy from the airshow edit (Richard) emails saying this 2nd
request's image was of low quality (it's HD & they claim to upgrade quality), that they don't process
these type of images (it was JPG) or the instructions I gave, & that
they deleted my request AND BLOCKED my account. My 1st reply asking him
about this & was ignored. He replied to my 2nd email about
clarifying his typos. Ironically, their homepage doesn't load since
my airshow edit, which is days or weeks before this new edit and its
email saying im blocked. Ironically, my account signs in fine lol but I
give up anyway. Their area code is LA, CA but online it says they're in
Hong Kong. My $ balance isn't being honored or addressed. their website says 10 MILLION edits & 5 star rated
from Trustpilot but considering I just left 2 lowest
possible ratings and it's showing they're rated under 4 stars, and
considering I've only spoken to 2 people after all my chats and emails, i
think they lie.They STILL don't answer.
When i emailed them my TrustPilot review, instead of replying to resolve, they report the review & ignore EVERYTHING I said, & change the subject to
broken English complaints like, "hee given us retouch" whatever that
means (& I never argued on retouch and I can respect their policy
anyway). Yet they call me a liar even though I never lied. I emailed
them about this review. They STILL never emailed back. They never
replied saying they don't do "retouch" but their site says they do
anyway. EVERYTHING i, and they, say, i can address and prove,
unlike them. And they called it a fake review.
Helpful (1)
Thank you
Indeed
“Wastes your time, then bans you with no warning/reasoning/help”
Another inconsiderate site that draws people into wasting time creating accounts/posts, then deletes the post AND the account with 0 warning and no specific reasons. They allowed 1 appeal, which denied me. My asking what the problem/solution was resulted in vague "no further info will be given" type of lines that seem to be mostly automated.

UPDATE:They emailed here about their policy & after i gave into their picky document demands, they still deny my posts AND gimme the same vague/robotic lines. They probably only acted helpful by emailing here cause my bad review here is being seen by many. In my regular email, 1 of their useless replies said to call, & they were closed.

Trustpilot users say Indeed bans all non-paying users so they call in and are pitched a paying version. So indeed can indeed enjoy the bad reviews, & karma, they earn from this. This kinda stuff helped greatly hurt sites like ebay.
Helpful (14)
Thank you

Indeed-Support S. – Indeed Rep Over a year old
Hi there, we've responded to your review by private message. Please follow up with our team there so we can further assist.

Ar hasn’t received any thanks yous.

Ar doesn’t have any fans yet.

Ar isn’t following anybody yet.

I've used computers and internet for decades; nevertheless am not much of an online job center...

I went in for a interview last week everyone seemed very nice but when the owner Isabella came in...