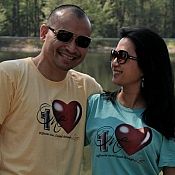 Rooms To Go
“Incompetent and terrible customer service after purchase”
UPDATE: We talked to the store manager (which he also said he isn't the store manager when we talked to him over the phone) and challenged him on that claim when we visited him at the store that same day and he slammed his business card in front of my wife and I. I told him he is incompetent for just knowing about the problem -first he said within this week - then he changed it to "really just today". This has been an ongoing problem for more than a month and his excuse for not knowing was because he was on vacation last week. I told him he was incompetent for not knowing which he replied that his staff is incompetent, his company is incompetent, BUT he most certainly is not incompetent. I have it all recorded on video which will be made public soon. We asked him to call his regional manager because we cannot trust his words - we have been promised both verbally and in writing with manager's initials on paper - but he refuses to do that. We told him that because we have to wait on a 4-hour window for our things to be delivered, we have to take a day off to meet the delivery driver at the house but both times they delivered the wrong items.

It's been over 2 months and I still don't have my complete set. Can someone please get this right? I ordered the Belmar bunk bed with full storage steps. I have the bunk bed but still don't have the steps. Twice they've delivered incomplete items. The customer service department told me that the store location keeps on putting incomplete SKU. Twice I've taken the day off of work because of the 4 hour window of delivery and twice they come with missing items. Please get this right! And I'm sure they will get it wrong the third time because the manager could not understand me or the delivery driver trying to explain to her what i need over the phone. Here is what I need: I need the bottom half of the storage steps AND the flat side of where the steps will go. When facing the bunk bed, I need the flat side on the right, the right side. I have in my garage the top portion of the steps. I've been told before that they will just replace the whole thing and get it corrected that way but still hasn't happened. Please read all the Reviews of Rooms To Go to include the corporate reviews and the Better Business Bureau before purchasing at RTG. Our biggest mistake was NOT researching first before purchasing. The manager told us yesterday as well that we didn't have to buy at their store. Again, all of these interaction were recorded on video and audio. His name is John Lanier -the store manager but not really according to him
Today
Helpful (0)
Thank you

Antonio hasn’t received any thanks yous.

Antonio doesn’t have any fans yet.

Antonio isn’t following anybody yet.

Purchased a motion sofa and recliner on May 27,2020 - this set was advertised in the Memorial Day...

If I could give them 0 star I would. The problem is not only this location but also the customer...