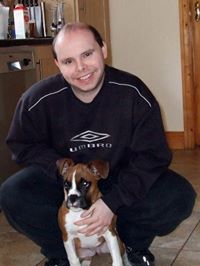 BrotherJet
“Worst Experience I have ever had in business”
Awful Printer (The M2) awful sales agent (ELSA) worst engineer/customer service agent (ASEOP) what an awful combination of machinery and people. Never told me upon purchasing the printer that their software is out of date and does not work on windows 8, had to buy a laptop just so i could use windows 7, they sent the wrong plug to start with, the ink continuous system was cracked and that took another 3 weeks to arrive, paid for printer in january, made first print in march!! so many problems with the printer head, keep being told, clean out waste ink, run nozzle check, clean printer head!!! done this so many times and huge waste in ink, there are streaks on all leather cases that are printed on no matter what is cleaned and fixed, then the continuous system stopped working, the ink got clogged in the tubes and they were of no help at all, i had to pay for a local engineer to fix, brotherjet then said because their engineer had not fixed it they warranty didnt exist anymore (They are in China, I am in Ireland) they also said hey wouldnt send an engineer so how did they expect it to be fixed then?? because of this I have lost customers, a lot of money and have now run out of ink, ink that they stated and I have a copy of the transcript that they said they would replace free of charge because there have been so many issues, since the agreement was reached, nobody has contacted me to sort out the delivery etc.... so yet again I am without the printer - thanks brotherjet for taking $3000+ of my money and giving me nothing back in return!!
Helpful (10)
Thank you

Their product is completely screwed up and does not justify the price spoiling at best after a...