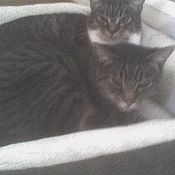 Caldwellbanker.com
“Stay away if you have HFA financing”

Caldwell Banker, Wautoma WI AJ McCaskey. I had to pay for an inspection that the realtor ordered too soon in the lending process, cost $400 which I was liable for. I had an HFA loan that required storm damage that occurred after offer to purchase was accepted and closing was required to be repaired. He told the seller that as long as they had the insurance check to repair that would be OK. My lender advised AJ several times that this was incorrect, repairs had to be complete prior to closing. Contract lapsed and I had no place to live. I'd already secured a start date for my new job 2 hours from my home and given notice to landlord so I had to commute and then live in a motel. Took a 1½ months to find another place and close. Complained to branch manager and sent email to corporate office and no action was ever taken so I ended up paying for an inspection of a home that only benefited someone else. His lack of knowledge not only cost me the home I had chosen, the inspection fee but additional expenses for gas to commute, motel and meal expense of at least $1000. Find someone else.

Tip for consumers:
Branch manager not helpful when I went in to talk to him. Told me he would talk to AJ and get back to me. He never responded and I never received a corporate response.

Annalize hasn’t received any thanks yous.

Annalize doesn’t have any fans yet.

Annalize isn’t following anybody yet.