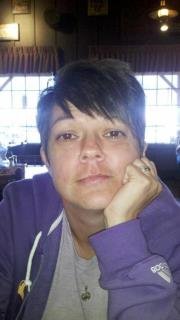 I was told i was approved for $5000 loan. Considering i am desperate for money right now bc i am the only one working in my family at the moment i proceeded with the process. The sweet lady explained to me that my payments would be $ 180 a month for 36 months. I just needed to get a money pak "green dot" card for $180 for good faith that I would be able to make the payments. I did this. She said that i would be able to use the money pak and that the money was still on the card. She just needed proof. Everythign was still good. Then she says i'm ready to push the button to transfer the $5000 into your checking account but first i need to transfer you to my supervisor. Ok? So he proceeds to tell me that besides the $180 that was "given" to them for good faith will be included with my deposit which would be $5180. All I have to do is send them another $180 for "insurance" so if i ever missed a payment in the future the insurance would cover it. I told him to just use the $180 that he was giving back to me for that. He jabbered on and on. I told him I was NOT interested in the loan anymore and to give me back the $180. He became angry and said that he would see to it that me, my family, or my children will never be able to get a loan anywhere in the United States. I told him that I didnt care what he thought he could do but I wanted to be refunded. He said that the card was reloaded and i would be able to use it. That was yesterday... still no money on the card and unfortunately they are suppposidly closed on the weekend.

Angie Has Received 1 Thank You

joeseph v. thanked you for your review of CashLoan

“Thanks for this i fell victim of this company as well”

This people scammed me for my bank info and my whole profile was given to them inexchange for...

They tell you that you are proof of $5000 they get you information to social and you back account...