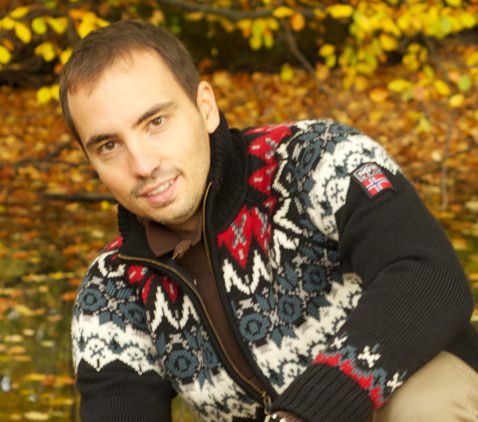 Flender.ie
“If wou are interested to make losses, go here.”

Flender is a investment pooling website that is mainly focused in the Irish market. It lends to Irish companies so that they can make investments. I have used it both personally and through my companies because I found the concept very interesting. I used it for 5 years and I invested in numerous projects, however I made significant losses. In about 50% of the investments I made in the site people would just take the money and fly. There was no due dilligence from Flender side, no special requirements for the companies to meet, no guarantees. Of course those companies were just taking the money and in half of the cases didn't return anything. The majority of the projects are for young established companies, but not startups. The companies have a profile but there is no credit check done nor any trust factor provided, so anyone can basically ask for money. After losing my investments I did some background checks of those CEOs and chairmans who were flying off with the cash and I found out that some of them were serial crooks. No legal assistance is provided either.

Instead of Flender I would recommend Seedrs, Lenddy, Housers and other invetment pooling sites. Some losses can be expected there too, but Flender is a loss leader.

Lykke is one of the reliable crypto-exchanges. I have an account with it and have seen various signs that it is trustworthy. The first sign is that a registered company is behind it, based in the UK and Switzerland. Then that anyone can be a shareholder of the company, just by purchasing their coin, which is legally very well defined. Also their fee structure is transparent and super competitive, since unlike other exchanges, there is no fee on withdrawals and deposits! Though they do not support many cryptocurrencies, it is a great way to buy Bitcoin or Ethereum via their web.

I like the concept of Sitejabber very much. I have some comments to make:

A) There are way too many negative people here who post a frustrated review about a site and then leave. It might be a good idea to show the average star rating a user has given to sites in general. There are simply some people that are just positive and others who are just negative. It is good to know who is who when reading reviews, without going too deep in their profiles.

B) Since there is a reviewer level, why not sort the results based on reviewer level? This way we can avoid the robots posting five star reviews for just a site and then post nothing more. Let's not display the reviews of those people just posting a review. There is no meaningful information we can get from them.

C) OK there is an option to vote positive for a comment, but how about voting negative? Readers can help the evaluation of the comments as useful or unuseful.

Helpful (0)
Thank you
Meetup
“It is a very good site to organize a meeting in your...”

It is a very good site to organize a meeting in your city where people from different backgrounds are welcome to join. One way is to organize a facebook event but another is to use this tool to organize it for people who don't have facebook accounts and don't want to get involved too much in facebook to attend events.

Helpful (4)
Thank you
Couchsurfing.org
“One of my favorite sites”

One of my favorite sites. Host and get hosted. Travel and meet people. Meet interesting people in your community. It is a great way to travel and meet people by getting hosted. Host people to get to know interesting persons. I am almost 10 years member in this site. Unfortunately now it grew so big that a lot of people who do not share the hosting idea are members, however the concept is still great.

Helpful (5)
Thank you
Airbnb
“I just love this site”

I just love this site. I travel now almost exclusively with Airbnb since I rather stay in apartments than in hotels. I also have my own apartment spare room in Airbnb. However this is not for people looking for the safety of a hotel. Using this site, you are going to people's houses. You need to check first your host to see that he/she is reliable and then book. The same applies to hosts. Take a look at the reviews of a person before accepting them to your house. It's common sense. Only negative is their high cost. They charge 15% on top of each reservation for their service. It could be 10%.

Angelos hasn’t received any thanks yous.

Angelos doesn’t have any fans yet.

Angelos isn’t following anybody yet.

Some reviews on site jabber are helpful, but at the same time the number of spam reviews are...

Helps in find trustworthy online business and avoid scams. Its inbeliveable. Its very nice to use...