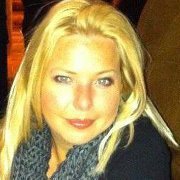 EDIT
After I wrote I had trouble contacting them (or to be more accurate, getting them to respond) other people on this site started complaining about the same thing. I finally got a response by CC'ing my emails to as many people on their board I could find on various social platforms (linkedin, etc). It worked for me, it may work for you. Here's some of the emails I dug up, hope this helps:

Also, to the "Zozi I" account that has responded to almost every complaint with a snarky "If you are a real customer just call us" cut and paste comment: You are not doing your job. Clearly people HAVE tried to contact you on multiple occasions, but cannot get past your automated responses. By replying with a canned response - like you're doing here - you're demonstrating that you don't really give a damn about the issues people are having. Most of us - myself included - will be pretty forgiving of a new company's stumbles, as long as you actually communicate with us and hear what we're saying. How you've approached customer service is the opposite of this and it alienates people. It's up to you to fix this. Hire some more interns or something, because right now you're failing hard.
Helpful (2)
Thank you
Donors Choose
“I really love this concept and I wish more people would...”
I really love this concept and I wish more people would check donors choose before $#*!ing on facebook.
Helpful (2)
Thank you

Angela hasn’t received any thanks yous.

We listed as a company No reservations were made on the site. We paid for a year in advance. They...