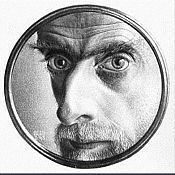 Searching for Veehd.com brought me here. To many websites have died, it's not fair..

Sitejabber
“Your website sucks!”
Is there a way to change my username on this profile, & the entire website, that reads "MorpheusΩne"?!? That IS my username!

Helpful (0)
Thank you
Flixster
“The admins were the worst thing about this website.”
Flixster was a very well structured, at least at the beginning, movie ratings website that seemed to suffer most from its own administrators. From what I experienced, personally, and from what I read and was told, it suffered most from those administrators for probably about a year, maybe longer, leading up to the demise of the website. Evidently, those admins were so stuck in the mud ignorant that they really hastened the demise of Flixster. They weren't the reason that the site ultimately died; but, they definitely made it happen faster. And, I am convinced, even if the demise of Flixster hadn't gone down like that, it would have taken even longer and been even uglier. Because, death for a website, any website, is guaranteed when the frontline people that handle the day to day operations of the website are those kinds of people!

As a movie website the one thing that they didn't want to do was allow postings for things that they deemed to be not movies. Television shows were heavily frowned upon. And I didn't really much care about that; it's a stupid rule - but, whatever! Although, there were a couple of things that they did not like that were not television shows - mini-series and sometimes even movies that were made for television, including cable, etc; and this is true even though they had some mini-series posted on the site. (Such as "Generation Kill".) They made stupid exceptions for some reason(s). I made a request for them to add Carl Sagan's Cosmos mini-series & they deemed it to be a television show because it was aired on television. I informed them of the other mini-series that they allowed on the site & was ignored. It was around this time that I started hearing stories/rumors from some of the people/users that I was friends with on there. Some of them were direct allegations from the users that experienced them, themselves; others were things talked about that were 2nd, 3rd, 4th & 5th-hand. Stories about the admins being argumentative. Starting arguments, being abusive, ugly stupid criticisms. Cursing, threatening to delete user's profiles/accounts, for, what were described as, disagreements over Flixster policy, requests to make changes were met with outright hostility, some even called it rage. Over what was sometimes referred to as petty disagreements. It seems that most, & perhaps all, of these arguments, between admins & users, had apparently happened in the forums.

Anyway, I waited about a month & requested Cosmos again. I got no response. So, after about after 3 weeks, I made another request. That one was ignored, too. I felt like they were doing it on purpose. I waited another month & requested it again. They responded by telling me that they don't allow mini-series on the site and that if I kept making requests for things that they don't allow on the site my profile and account would be deleted. And I was told..."You'll lose everything!"

Threats. A very specific and direct threat, in fact.

When I told them about Generation Kill they said that it would be removed from the site, reiterating that if I kept making such requests my profile would be deleted... Well, by this time, I had over 5000 movie reviews on Flixster (both ratings with just stars and full reviews) and I didn't want to just lose them all because I didn't want to let it go. At the same time... I knew I was right. And I wanted them to acknowledge that! So, I made the rounds on Flixster's forums' and I practically made an opera about my `crucifixion` and how I wanted an apology! I guess I was to late; by the time I made my way over to the forums the drama had died down. I don't know if any user actually had their profile deleted; but, I had heard that many users' were fed up & deleted their own accounts and left on their own.

Ultimately, I never got my apology. It was within a few months time that Flixter was merging with another website..."Violet..."... something or other. And within another couple of months Flixster was dead. It was bought out, I heard, by Rotten Tomatoes, a far, FAR, far inferior website in my opinion; at least based on how good Flixster was in its prime. And I don't know who the administrator that I dealt with was; but, I would probably say something if I crossed paths with them today...
Helpful (14)
Thank you
Stage6.com
“Bastards!”
It was so long ago...

This was a video hosting website. They had some good stuff on here. I had only been a member for, maybe, 3 or 4 months when they closed up shop. I was pissed off! I actually thought that they didn't have very much. But, what they had was good & they had a lot of potential. It was a good, not a great, website. They were on their way up, though. I hadn't been on there for very long and then one day I find that they erased the homepage & put an error message/disclaimer where the homepage use to be. And that was that! I was not happy. I wanted to scour the internet, find a phone number and get someone on the phone and tell them what I think they should go do with themselves...

Horrible!
Helpful (0)
Thank you
VeeHD
“VeeHD - The End of an Era”
Well, that sucks... I agree that there were some nefarious idiots on the website. I had a run-in with one or two of them. It was never about anything other than..."This waste of bandwidth, hd & server space is a pointless upload, moron." I usually try not to curse; politically correct idiots are much less likely to be amicable if their panties are in a twist... So, I would just give it to them straight & usually still get cursed at anyway. I would report people for fraudulent uploads and nothing was ever done. That's what usually happens when the lights are on but nobody's home on a website that has been essentially abandoned by whoever is, supposed to be, responsible for it. It seems that they figure that the website is making so little money that there's no point in staffing the website with actual people; just let the algorithms & software programs run the website & hopefully it'll make enough money to keep the lights' on... It never works out that way though! It always collapses. Eventually.

Morpheus hasn’t received any thanks yous.

Morpheus doesn’t have any fans yet.

Morpheus isn’t following anybody yet.

Flixster is limiting itself to Marcus theaters as far as 60 miles away and a couple of AMC. No...

My go to movie app for the last how many years, just destroyed by latest update. Bye bye flixter....