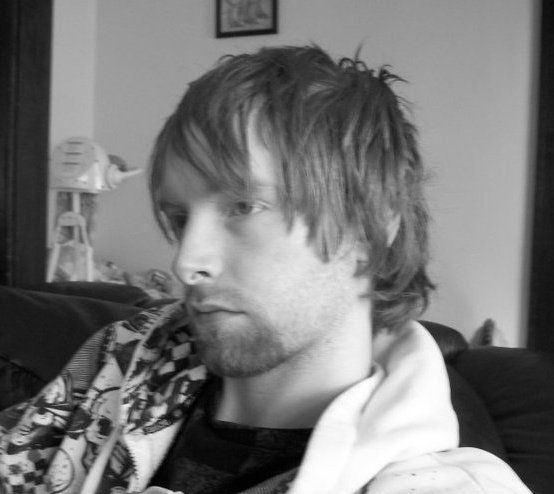 Gaming Expert, anything Xbox, I can help.

Groupon
“I had bought a deal that would let me get a custom...”

I had bought a deal that would let me get a custom Xbox controller for $30, a $100 value. Well when I went to redeem it and make my controller, the total came to over $200! The bare minimum you could buy (certain parts ARE needed after all) was $170. I'm not sure where this 'deal' came from, but I was not happy.

Luckily Josh was able to help me and give me a full refund.

Helpful (1)
Thank you
Xbox America
“XboxAmerica is a site for American Xbox gamers to get...”

XboxAmerica is a site for American Xbox gamers to get together and simply chat about games. There's plenty to do here though, you can trade games with other members, enter contests, be placed on the 'Waffle List' which is a group that passes easy games from person to person for quick Gamerscore (a award system that the Xbox 360 uses).

All in all, XboxAmerica is a fun and friendly site, if you're an Xbox gamer, you should join.

Helpful (1)
Thank you
DeviantArt
“Deviantart is a place for people to upload and share...”

Deviantart is a place for people to upload and share their art, back in the day, there were many talented artists here, and that's still true. HOWEVER, the site has grown in members and the very talented ones are buried under the (not to be cruel) amateur 'artists'. I say amateur because, in all honesty, some of the art on the site is the same quality of my 6 year old niece.

Most art these days is Anime style, Japanese Cartoon for those unaware of what that is, and is becoming annoying to see Naruto every time I refresh the page. There is also a large amount of Cosplaying, dressing up like said characters from the Anime. While this is fine sometimes, as some people have really elaborate costumes, but some don't.

There are large amounts of nude photographs as well, which would be fine if they were artistic, but they aren't. They're just self portraits, stuff you expect to see on Myspace whores trying to get attention.

Over the years the site has begun going down hill, and if it will ever recover, I do not know.

Helpful (0)
Thank you
Tweepi
“Tweepi is a site used to follow back followers and...”

Tweepi is a site used to follow back followers and unfollow those not following you on Twitter. The site has a few free to use features, but most require a paid membership (I don't have a paid membership, as the free one is just fine).

A good site for those looking to gain (or ditch) followers. It's easy and quick to unfollow or follow back people.

Helpful (4)
Thank you
Pawstar
“Pawstar is a site where you can order Furry Cosplay...”

Pawstar is a site where you can order Furry Cosplay gear such as ears, tails, paws (gloves, arm warmers), hoodies and other neat little accessories. They are rather cheap compared to other sites that sell similar items, and the customer service is quick to respond to your questions.

All items are made to order, this allows for HUGE customization as to what color you want, but it can take several weeks to receive your said item, but you can count on the item being new and well made.

A great site with a low price. I only watch via my X360, so I don't need the DVD's, I only stream and for $8, I can watch unlimited content. I'll never get why people cry so much. Go buy the X-Files complete series, it costs UPWARDS OF $200! I can watch the whole series and movies for $8. Not sure about you brain-dead monkies, but I'd rather pay the $8 instead of $200.

The reason I've given it 4/5 is because some shows are dated, being 3 or 4 seasons behind, and the movies are usually crappy B ones, but that's fine with me as there are plenty of TV shows to be watched.

Helpful (2)
Thank you
TrueAchievements
“What is it?: Trueachievements (aka TA) is a site where...”

What is it?: Trueachievements (aka TA) is a site where Xbox 360 gamers can see how skilled they really are by seeing the TRUE value of their Achievements. Achievements are in-game awards for doing various things, some as easy as starting the game, others for doing harder tasks such as completing the game on the hardest difficulty setting and many other objectives, no two games are the same.

How does it work?: Gamerscore. Gamerscore (aka GS) is the value given to Achievements, the value can range from 0 to several hundred, depending on what type of game. A game bought from a retailer (these are larger titles such as Fallout, Call of Duty and Halo to name a few) or a smaller, cheaper game ( Feeding Frenzy, Minecraft, Castle Crashers) bought on the Marketplace, Xboxs store, and downloaded to the purchasers console.

The formula used to find the TA value is:
[Root(Total People with Game/Total with Achievement) x Achievement Gamerscore

For example, Dead Rising has an Achievement for surviving a zombie apocalypse for 7 in-game days, this translates to about 1 real life day, there is no saving, no pausing and your health constantly depletes, and after about 10 real minutes, you die, unless you find food. This can be a tough achievement, but its only worth 20 GS, like all the achievements in the game.

So using the formula, we can see the value of the Achievement. (numbers are rounded)

For those who like to see it in front of them.

The value changes daily, as many people may get the game or achievement.

What else is there?: Aside from state tracking (your overall game completion, your rank in your state, country, the world, custom leaderboards, your ratio (your GS vs your TA score) and rank across the whole site, there are also badges, these coincide with many things, number of posts on the forum, TA score, ratio and many other things.

You can also write or read solutions, these are short guides written to help others obtain Achievements, they can include tips, advice and even Youtube videos that show how something is done, make it good, as other members can vote on your solution, having it appear on the top, or at the bottom, hidden with the trash.

You can also join or create sessions to obtain Achievements that require multiple players for Co-op or versus games, this makes it easy to get those pain in the aAchievements.

Helpful (2)
Thank you
Local.amazon
“A great site, similar to Groupon, but run by Amazon”

A great site, similar to Groupon, but run by Amazon. The deals are given based on your area and sometimes deals state wide. A few weeks ago, I bought an Xbox LIVE 1 Year card (normally $60) for $35. That alone gives it a 5 Star rating. :D

Groupon is best and has excellent service. Staff is helpful and nice. Quality of all products is...