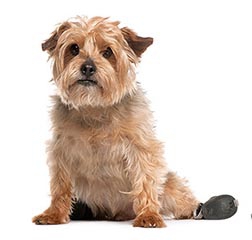 RedRoof
“Muskegon Heights, MI location is a must to stay away from”
Motel was in deplorable condition. Room was stained, had beg-bugs, and was dirty all around.

I stayed at the motel with sister and her kids in their suite (room 280). First, we found insects in the room and the light in the bathroom was in need of replacement. We informed the front desk of both of these conditions. The person working the front desk insulted us by implying that the insects were fleas that we brought in. She also stated that she would send the repair person to our room to handle the light bulb situation and check for the insects. Upon our return at 10 pm, we found the service cart was parked in front of our door. Moreover, we found the only situation addressed was the light bulb. The bug that was squashed on our bed sheet was still there, the trash receptacles which contained food had not been emptied, and the dirty towels were strewn about the bathroom floor. In short the room had NOT been cleaned. When we went to call the front desk, we found that the phone was not functioning so we went down to the front desk instead. The woman working the front desk responded by bringing us sheets and giving them to us without offering to make the beds up. She stated that she was the only person working at that time and would come up when she could to get us blankets and empty the trash. She did not return and we ended up making the bed and emptying our trash ourselves.

Not only was the room not maintained well by the cleaning crew, but the room was in badly worn condition. Upon inspection of the room, we also found the following:

1. Stained carpets and beds.
2. Damaged walls.
3. Bathroom doors that did not lock properly.
4. A tub in which the water did not properly drain during a shower.
5. The WiFi connection was poor.
6. A drawer was poorly installed and fell on me when I closed it.

When I mentioned that we were leaving, not because of the staff, but because of the condition of the room, Lisa (employee working the front desk) stated that she was sorry and that she would take 10% off of the invoice. She later came to me and stated that the General Manager would not honor that and gave me a VIP pass for a free night at any Red Roof location. This solution is not acceptable as I am not able to utilize the offer within the stipulated limitations. Moreover, as I look online and find dismal reviews of other locations, I feel that I have no desire to patronize Red Roof Inns. It is sad to note that I found the same complaints in regards to the same location that I had listed on reviews from 2 or more years ago and that nothing has changed.

The response of their headquarters was to ignore my letter I sent.
Helpful (0)
Thank you
Jobungo
“I give them an overall rating of 1 because you cannot...”
I give them an overall rating of 1 because you cannot give them 1/2 a star or below. They sent me a cover letter that was less involved than the one that I wrote myself and looked as though it had been downloaded from the internet. Their work is shabby and unprofessional. They didn't spell check or look over information before sending me the draft. It had someone else's phone number. I sent them an email detailing all the errors that they made in writing my cover letter (including leaving the signature line as "Input client" rather than putting my name in the spot) and resume requesting a refund. They sent back an answer that was impersonal and did not answer for their inadequate and substandard work (no apology given).

Follow up to my review:
They did a rewrite of my cover letter and resume. The rewrite was just as riddled with errors and misinformation as the first write-up. I found their "original" cover letter nearly word for word on a site online at http://www.livecareer.com/letter-samples/cover-letters-misc/desktop-support. And they still couldn't fill in my name (the letter was closed with, "The Client"). The response I received was that they didn't know me well enough to write a more detailed cover letter/resume. They had my email and phone number if they needed more information than the work history, job examples of positions that I was going for as well as examples of my work (flyers, etc.) wasn't enough.

Tip for consumers: All work they do is nonrefundable. STAY AWAY!!!

Amy hasn’t received any thanks yous.

Amy doesn’t have any fans yet.

Amy isn’t following anybody yet.

We were scheduled to stay at the red roof inn in Lanham Maryland. The first room given to us had...