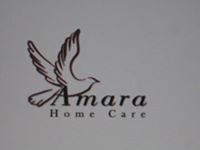 We trusted PrimePay with access to our bank account and came to regret it sorely. Beware! PrimePay did payroll for our 300+ employees. It went well until we ended their contract to do our payroll in-house and save money. PrimePay suddenly impounded nearly thirteen thousand dollars from our bank account AFTER PROMISING US IN WRITING THEY WOULD NOT DO SO. They took that money toward an unusual tax that was not even due until the following year. That impound wrecked our first in-house payroll by causing four dozen paychecks to bounce. They broke their word and that cost us dearly.

First, PrimePay asked us, by email in mid-December if they should pay that tax for us or leave it for us to pay. Because the tax was not due till the next year, long after PrimePay was gone from the scene, we replied that we would pay it ourselves. We pleaded that such a huge impound would shatter our bank account. They emailed us back agreeing not to impound the money, adding that they understood our wish. Relying on that written promise we did nothing more. That was a bad mistake!

Late on December 24 we were astonished to get their email saying they would impound the money after all. Totally unprepared for such a huge and sudden expense on Christmas Day, we wrote back objecting strongly; but they went ahead anyway. The day after Christmas PrimePay took nearly thirteen thousand dollars from our bank account. The timing of their actions, December 24 and 26 (two days when most offices were barely open anywhere) gave us no chance to cushion the devastation caused by that impound.

That was just one of the things that PrimePay did to us when we decided to terminate their contract.
Helpful (9)
Thank you

Amara hasn’t received any thanks yous.

Amara doesn’t have any fans yet.

Amara isn’t following anybody yet.