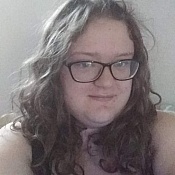 MeetMe
“Best Dating Site”
This is by FAR the best dating site I've ever been on. Every other site I've been on the people have been nothing but rude. But the people on meet me have been nothing but polite because unlike other dating sites there is an etiquette policy. When I would go to plenty of fish they would be nothing but RUDE and disrespectful. I always always hated plenty of fish and people on meet me are great. Plus the people are much more local and you can find friends there because it's not just a dating site it's also a friendship site. And people actually respect that there too!
Helpful (2)
Thank you
BareNecessities
“BEST BRA SITE FOR I CUPS”
This is the ONLY place I get my underwear. The bra selection is fantastic and I can get my favorite brands for very very cheap. Especially when there's a sale which there seems to be one about every day. I've only had them ship me the wrong item once and they let me ship it back for free. And I have gotten a few bras that didn't fit because the brand was cheap and not worth it. But now that I know I fit in the goddess bras I only buy goddess. When I first joined Amazon didn't even carry my bras so I'm very very pleased with this site. The shipping isn't Amazon fast but it's still good and over a certain price they'll let you ship for free. Plus they have buy one get one free sales which you won't find on Amazon. Nothing here is a knock off and if you know what you need you can't beat the prices. All of my bras have lasted for years. Very satisfied with the site.
Helpful (0)
Thank you
Craigslist
“Best Place to Find Roommates/Rideshares”
Ok so there's a lot about Craigslist I really love but first let's get the elephant out of the room... YES there are scammers and perverts. I've seen all kinds of ads there for roommates that I've signed up for that people never ever let me actually contact them and people thought I was a prostitute.

Basically if you're looking for a roommate you need to apply for as many ads as possible because up to 50% of them are going to be fake. But if you can find a genuine ad it's one of the best places to find a roommate. I have tried on several occasions to find roommates on Facebook and no one will reply. I don't enjoy Facebook for finding a roommate.

As far as rideshares go it's also great! I have a hard time getting around because I can't drive and I needed people to drive me to work. I don't have a job but I was willing to pay people for the ride and they said they'd do it for free. The woman I spoke to actually said I could be her roommate and that she'd drive me to work and to see my family. Yes people there thought I might be a prostitute but after I found the GOOD people I was very happy with the services offered by Craigslist. Never EVER been able to find someone to drive me around on Facebook.

I've never had a bad experience here. Just use common sense.
Helpful (0)
Thank you
NoLongerLonely
“Creepy and There's Trolls”
I was here during when the site was new and when it was remodeled. It sucked both times.

The first time I was here it was more of a social media site than a dating site. Which was fun! Until I realized that the majority of the site was trolls. They were sexist and evil people that no one would want to interact with. There was one particular active user here who was completely openly sexist and was cruel. I tried to date him and he kept saying he was going to kill himself and when I found out he was sexist he said, "I thought you were different but then I realized you were common" and kept calling people "sluts". There was a religious poster here who acted like she had borderline personality disorder and if anyone knows what that disorder is like you know what I'm talking about (I used to have it and yes I was a bad person).

Then when I came back to the site years later I found that the awesome blog posts had been removed but the terrible chat room was still up. Most of the bad people hung out in the chat room! And the messages were free but only for a little bit. Other than that you had to pay.

There always were only about 200 active users. There's really NO ONE there. I did meet two good people. I met a nice Canadian man (before he turned evil) and a very VERY nice man from New York who I met on the site who moved in with me and lived with me for 3 years before leaving me because he said I was too dysfunctional (I knew him when he was sick but he got better).

So yes this is a 1 star site. I may have found an A+ man here but overall everything here really really sucks.

Allison hasn’t received any thanks yous.

Allison doesn’t have any fans yet.

Allison isn’t following anybody yet.

Online dating platforms. You would think that that world is small and insignificant. However, as...

Meetme is the first Free dating site where most everybody is polite and friendly. I think I got...