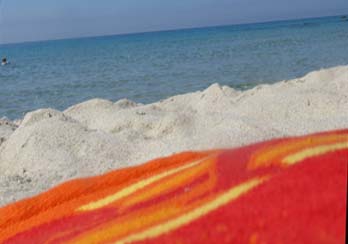 Merchclan.com
“Wish I could give Zero stars”

Wish I could give zero stars to MerchClan.com. This company and their customer service person, Daisy, is a joke. They offered a 25 percent refund on a stolen piece of artwork that they copied from somebody else's work and tried to sell as their own prints. I ordered a 30 dollar print, and it's so pixelated and fuzzy I can't use it! I reached out and politely told them I'm not even slightly satisfied. It was clearly an imagine that had been screenshot (probably several times from the look of it) and then printed on a large canvas for some poor unlucky, unknowing shmuck [me] to buy. I am offering to send it back for a full refund, trying to keep the peace though my blood pressure is starting to rise. Of course, however, they won't take the work back or offer a refund because they know it's a piece of crap print! I showed my two graphic designer friends the work the company tried to send to me and they were shocked. Not acceptable. I purchase from overseas ALL THE TIME, and this is one of those companies that turns people off from doing such things. This is the type of sketchy company that you were warned. Now I have to to call my bank and dispute a $30 payment on sheer principle at this point, because you won't make right on your shady business affairs when you're called out on them. As promised, I'm sharing this review on every review site I can find. Thanks Daisy and the rest of the "team" at #MerchClan! Also mind you that in the attached picture, it's taken in full light, NO zoom, on an iPhone XS, with as much focus and clarity as we could get, and the letters are still pixelated. Poor quality. Not even mediocre. Absolutely lousy. And as a business owner that strives to give the benefit of the doubt, I don't use that reference loosely.

Allie hasn’t received any thanks yous.

Allie doesn’t have any fans yet.

Allie isn’t following anybody yet.