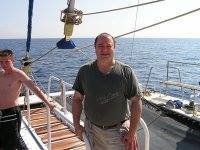 iFixYouri
“Botched Cell Phone Repair”
ifixYouri was hired to repair the USB Charging Port on a Samsung S3 on a recent Friday morning. I was told it would be ready by Monday morning, so I showed up at noon on Monday. They advised me that it was still not complete, so I picked it up around 6pm on Monday. That evening I noticed that neither microphone was working, so I immediately took it back in. Devin, the manager, immediately admitted that he had failed to properly shield and protect the board when he was repairing the USB port which resulted in alcohol spreading to other parts of the mainboard (it should be noted that the microphones are on opposite ends of the phone. How they both went bad is still a question). Thus they had to replace both microphones (one at the top and one at the bottom of the phone). I waited an additional 48 hours for this repair. I then picked it up and on the way home noticed that the auto rotate feature of the phone was not working. Devin said it was the accelerometer/gyroscope that was broken, although he denied it was the result of any of the work they did since the accelerometer was on the opposite side of the phone from the USB charging port. It was just “happenstance” that it went bad when they were repairing my phone. Nevertheless he offered to repair it at no charge, admitting that THEY WOULD HAVE TO REPLACE THE PHONE if they were unsuccessful. The attempt failed and Devin consulted with “upper management” who decided that they never said they’d replace it. I then attempted to re-load Supra e-key application on the phone. This app crashed when I attempted to open it. Supra advised me to check my memory card for adequate space. It was then that I noticed that my memory card was not installed in the phone. I called ifixYouri and Devin claimed that my 32gb memory card was not installed when I gave them the phone. Upon replacing it with a new card I attempted to reload Supra e-key and it still would not work as it did before ifixYouri attempted any repair. So I bought an identical phone from Best Buy and all applications immediately worked upon installation. Needless to say I’m EXTREMELY UNHAPPY WITH ifixYouri’s services. I’ve presented this review as factually as I can in order for the reader to make their own judgment of the services provided.
Helpful (1)
Thank you

Allan hasn’t received any thanks yous.

Allan doesn’t have any fans yet.

Allan isn’t following anybody yet.

My first attempt servicing my Surface pro, took a month, and lost my $100 stylus. Claiming there...