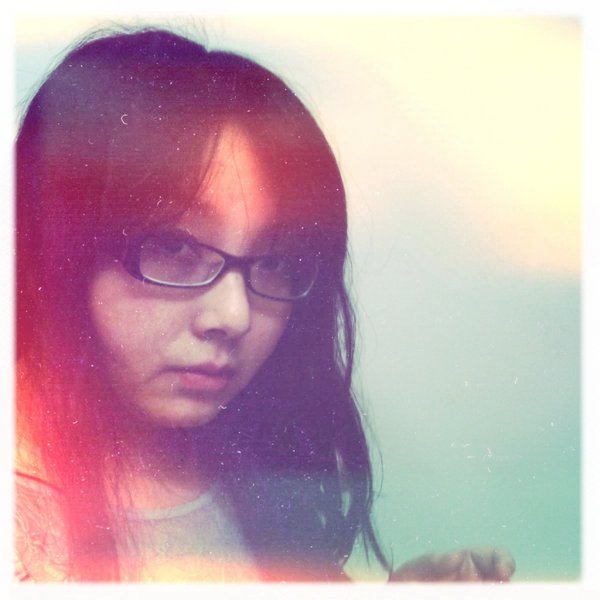 Online shopping is my forte, for better or worse.

A company's true merit is shown when you have to deal with their customer service.

They've overhauled their shipping to free over $50 which is easy to obtain with free returns, except on final sale items (pay attention). I ordered a dress and I have to agree with some other reviewers that even if they have no involvement in the production of their items, they have some responsibility in encouraging the featuring or not featuring of designers or companies that keep making low quality products. For example, the dress I ordered I would rate had very thin material (it was around $99 originally, on sale for $60) and I was not pleased with the drape because of that. It was constructed with fairly good quality, passable I'd say (I was afraid of ripping it when trying it on) and the quality of the material itself with again, fair. That being said, if the industry standard is in importing cheap materials and poor workmanship then no one is going to go out of their way to make less of a profit. If everyone's product is shoddy and around the same price range, then the consumer doesn't really have a choice but to accept it. In that sense, it's not their fault - but in another sense, they can do something about it.

I like the range of items on their site - they're very whimsical and downright adorable. I like the vibe of modcloth overall and it's a great alternative to what's available right now.
Helpful (5)
Thank you
Doodlebugyarn
“Another awesome yarn vendor that ships quickly with...”
Another awesome yarn vendor that ships quickly with a gorgeous supply of yarn. As with any other vendor that relies on inconsistent supply (some of the yarn is independently dyed from overseas, for example) - some items can be out of stock for a few months but that's one of the main reasons to shop here: when it's in stock, be sure to grab it! Shipping is free over $75 and there's a reward system that's very handy.
Helpful (3)
Thank you
Mr. Yarn
“Any establishment named Mr Yarn gets an auto plus in...”
Any establishment named Mr Yarn gets an auto plus in my book but really Mr Yarn is a great vendor for yarn! They stock Malabrigo and MadTosh with free shipping + a % discount. That's one of the most competitive prices today and unless you're hard pressed for another colorway they don't carry, there's no reason not to shop here : ). I've ordered from them a few times and there was no problem with the transaction, shipping or otherwise. Plus you get a cool decal! Also their handy announcements for restocks of colors really helps out but also can be very tempting...
Helpful (2)
Thank you
Groupon
“Update: After shopping with Ideeli for another year,...”
Update: After shopping with Ideeli for another year, I've noticed some changes to their 'tactics.' I had my first encounter with a relatively condescending customer service rep. who answered my questions functionally but seemed to have an attitude. My question was if they shipped items earlier than the estimated shipping date because in my experience, they've tended to do that. The answer I received was "[Name], you've been a regular customer of Ideeli. You know the way it works. Nothing has changed." Actually, a follow-up question I would have had was if they could notify customers if shipments were going to be early (I have random stacked credit). Functionally, it would saved a lot less attitude and characters if the rep had just said "We try to ship around the estimated dates but yes, sometimes." Less typing, you know --- energy conservation.

I think something happened with merchandising as well, they have less interesting designers featured. They've rotated in higher luxury brands like Gucci, Prada, etc but in general - they tend to rotate the same-ish style merchandise that I find not appealing. They've also reduced giving out a $25 credit for items that are out of stock to $10 shipping credit. They removed the discussion pages for sales and instead implemented an instant chat system. These aren't terrible changes, more neutral and one of the positive things is that I do like their home/kitchen/living sales and will probably only check those out.

The bottom line is that, with other flash sale sites gaining a footing with consumers and establishing merchandise audiences it's getting harder to standout and keep people's attentions. Ideeli has maintained a relatively reliable service with shipping items and good billing practices and I've personally never used their travel deals, but they do try to keep it 'interesting.' But for me, it's no longer fun and mostly generic.

In general, I've had decent experiences with Ideeli. Their items have arrived a few days before the estimated shipping dates and the items themselves are definitely new. I've had an order cancelled once because it wasn't available but received a $25 credit. Slightly disappointing but it wasn't a must-have item.
I have had to return dresses 3x, I've ordered 2 dresses each time to compensate for the shipping. The first time the dresses mostly fit, but just wasn't suited to my body shape. The other two times, a brand's manufacturer's chart listed an M as 4-6 but ended up being a bit too big (the next size down, 0-2 wouldn't have made sense since I've never been a 2 even at my thinnest). The other brand had bust, waist and hip measurements which sort of matched mine, but still ended up a bit too large. I'm not sure if the manufacturers aren't competent enough to create an accurate chart, if I don't know my own measurements but I agree that trying on dresses for up to $30 can add up. That being said, the other stuff I've gotten were good deals so it kind of offsets this annoyance but I'd be wary about ordering clothing unless you're relatively sure it'll fit.
Helpful (8)
Thank you

Thanks for taking the time to write about your ideeli experience here on Sitejabber. I'll be sure to share your feedback regarding sizing information with our internal teams. Please know that you can always reach out to us via the message board, e-mail, or through our Live Chat portal if you have any size chart related questions. That said, we're always looking for ways to improve our members' shopping experiences and are very open to feedback and suggestions. We encourage you to reach out to us at support@ideeli.com if you have any additional suggestions.Thank you for your continued membership.

In addition, filtered reviews do not contribute to the overall star rating --- what kind of nonsense is that? If all the negative reviews were filtered out, then obviously every place would get a 4 or 5 star rating. It makes me wonder if the other reviews of Yelp are right on and that either they're bribed to weed out negative reviews by the vendor or if it's their general policy to be dishonest. Also, from reading their FAQ they seem to have an automated process that filters out reviews. I think that's even worse if the review isn't checked for being honest and truthful - rather than some kind of algorithm to determine the overall negativity of the review.

Therefore, this discourages me from writing actual honest "negative" reviews on Yelp as if it's bound to be filtered out, what's the point? Why bother if only positive reviews will be counted and featured?
Helpful (6)
Thank you
Juno
“I ordered a pair of Sennheiser headphones that were...”
I ordered a pair of Sennheiser headphones that were a lot cheaper from Juno Records than they were from other vendors - Amazon and others (new that is, as used and refurbished are cheaper of course) and although this vendor is based in England, there were mostly positive reviews so I took a chance. It took about 7 working days for it to arrive, it was packaged well and the item is new and works fine. They specialize in selling records and other pro-audio equipment. The shipping was very reasonable from England, though headphones aren't exactly that heavy and since my order was under $200 I didn't have to deal with customs fees. Overall, I would recommend them!
Helpful (2)
Thank you
Newegg
“I ordered a pair of headphones that were an older model...”
I ordered a pair of headphones that were an older model but didn't realize it until I had already placed the order. Then I saw the 15% restocking fee and cringed. Luckily, if you don't open the merchandise and either contact them in the request RMA or chat with them online, they will authorize the RMA with a full refund. That is very reasonable and rightly so but some retailers are mean. Newegg isn't!
Helpful (5)
Thank you
OpenSky
“Another sample site advertised OpenSky and led me there...”
Another sample site advertised OpenSky and led me there with the enticement of free credit (who can resist?). OpenSky is sort of like a conglomerate lifestyle woot with pseudo "celebs" (think chefs, stylists...Alicia Silverstone) finding YOU, yes you deals on things they think are cool - ranging from iPhone cases, luxury handbags, kitchenware and so on. Items are listed for a limited time, usually a few weeks unlike same sale sites. Colors and sizes do go out of stock though and when they run out, they run out. There are plenty of finds ranging from $20-$50 and then the $200 range and everything in between. That being said, there's nothing on there that I found vital and needed and the cool accessories were cool but didn't warrant the $7.00 shipping fee. Return shipping is also not free so basically, the $14ish potential loss in shipping scared me off. Good if you order a ton of stuff and keep 75% of them. Bad if you just want one or two things.

Returning the two that didn't fit was easy with pre-paid shipping labels, and the free shipping both ways is definitely a plus. The best thing is that although they can't refund you, a gift card usable on amazon.com, endless.com or myhabit.com is definitely useful so it's not like you're stuck with $x and have to find things to buy on other sample sites (one of the reasons I took a chance). They issued the credit very quickly too after receiving the item.
Helpful (5)
Thank you
Previous
123456
Next

Alex Has Received 1 Thank You

Cammie N. thanked you for your review of Thumbtack

“Thanks for your review! I hope they go out of business and someone with integrity replaces them!”

I am a professional business owner that used thumbtack. Not only are the leads expensive, but you...

Thumbtack is a unethical company, who is not out to help the contractor or the customer, the...