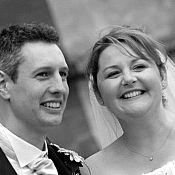 HSBC UK
“HSBC totally incompetent and disinterested in customers”
Used HSBC for the mortgage on a new property. Simply put we were 'porting' our current HSBC mortgage from the old to the new house and taking out a second HSBC mortgage to cover the difference. The maths was Mortgage 1 + mortgage 2 = the price of the new house (minus what we put in in terms of equity on the old property)

HSBC applied the following maths. Mortgage 1 - mortgage 2 = £97,000 short of what we needed. I voiced concern this was wrong and this was ignored for 10 weeks straight, despite repeated e-mails and phone calls. 2 days before exchange our lawyers got involved and pointed this out. HSBC finally accepted the mistake as one of the advisors having messed up. I expressed dismay that the mistake wasn't picked up by underwriting and the fact theres a single point of failure that can go all the way through to exchange.

I wrote a letter asking HSBC to alter their procedures so no single mistake could go through to exchange without a second check to detect it, a relatively easy process to employ. HSBC refused stating it was 'too difficult' to implement this. From someone that works in a safety related industry where procedures change the whole time I know this not to be true. HSBC then suggested it was the lawyers that were to blame, ironic when it was the lawyers that THEY INSISTED i use. That cost me £1004 in cancelled legal fees from the original lawyers I instructed. Again HSBC denied any wrong doing as it's in their terms and conditions. I might also remind them 'learning from mistakes and putting things right is also in the T&Cs but they failed to do that by refusing to change very poor procedures. HSBC then went on to suggest I was the second line of defence on mistakes and I should have picked up the mistake. I pointed out I was not a financial adviser but I had highlighted a mistake and I had been ignored. Ironically then HSBC seemed to ignore me when I further pushed this point. I would summarise they actively encourage weak procedures so they can use plausible deniability. In the end I was offered £250 and the ombudsman agreed this was fair because the legal issue and the procedures issue they do not look into as it's not their area of responsibility. I contacted the FCA who seemed largely disinterested but 'added it to their statistics'.
Helpful (1)
Thank you

Words just cannot describe just how bad this bank is! I would never recommend them to anyone! Not...

I needed to speak to HSBC urgently having been made redundant to discuss mortgage options. I was...