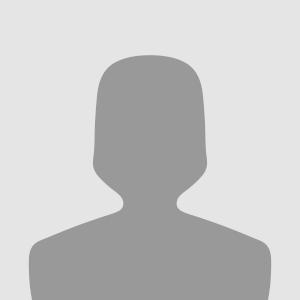 Pros:
It's open source. (GNU GPL version 3)
HUGE selection of addons including YouTube, Food Network, and so on
ANYONE can write an addon! The addon language is Python. If you can write Python code, you're in.
Cross platform! Linux (Ubuntu, Debian, Fedora...), Windows, Mac, Android (no iPhones)... even Raspberry Pi... and Apple TV, also for Xbox One through the Microsoft Store
extensive documentation at https://kodi.wiki and user forums

Cons:
Can be a tad difficult to set up.
YouTube addon search function can error out (but can be solved by creating a free Google API key)

Oh... the website is kodi.tv not xbmc.org anymore because Microsoft sued the developers for unauthorized use of Xbox (Kodi/XBMC was originally for jailbroken Xboxes [the original not the Xbox 360 or Xbox One])
Helpful (3)
Thank you
KiwiFarms
“Owner of this site needs to be in prison”
CDA 230 does not apply. If the owners (Joshua Conner Moon and his mom) do contribute to this site, then they are responsible for the content.

I am on this site.
Helpful (1)
Thank you
Caring.com
“Rejected my review because it was "too old"!”
Reviews on this website are irrelevant because they only want first head experience from the prior 3 years. What about people who submit a review who have lived there past the 3-year threshold? Old memories never die. They rejected my review because it was beyond the three-year threshold. It does not matter.
Helpful (3)
Thank you

Denise G. – Caring.com Rep Over a year old
Hi Alexa, Thanks for your feedback. You're correct that our review guidelines specify that we welcome reviews with firsthand feedback of the listed business' services within 3 years of the review submission. There are several reasons for this guideline, and we'd be happy to discuss it further with you via our Reviews service team at community@caring.com. Based on extensive website usage and survey data we have: reviews on our site are definitely relevant and helpful to senior care searchers looking for a senior living community or in-home care agency for their loved one right now. Please do get in touch if you have any additional questions or feedback for us. Thanks!

Alexa Has Received 1 Thank You

Aaron F. thanked you for your review of Caring.com

“This company is a scam! Assisted living facilities that pay them Will get positive reviews, but if you don’t pay them they will try to put you out of business with negative reviews only.”

Alexa doesn’t have any fans yet.

Alexa isn’t following anybody yet.

They require that you answer questions that are nobody's business. The question in question (lol)...

I tried to leave a review of a service that was abusive and rude to my mother on caring.com. The...