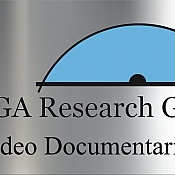 We, the AFEGA Research Group, are a group of scientists from D, CH, A and F (including biologists, psychologists and a beautician), who, inspired by the groundbreaking research of Prof. David Sinclair, conduct own studies on anti-aging and, above all, the effective anti-aging substances discovered by him. Dr. Sinclair obtains his results on the basis of experiments with animals (especially mice). We test the different substances (especially NMN) to ourselves, our relatives and friends.

I'm PhD-Psychologist and trained in conducting scientific studies. I'm working as a coach.

Research.afega.net
“Alibaba plays lightly with the health of its customers”

We have ordered a chemical from a company listed at Alibaba (Shaanxi OWENS Industry Co., Ltd. - see our review of this company at trustpilot), which is currently hype because it is a revolutionary anti-aging agent: NMN. The production of NMN is very expensive, and we were glad to find some suppliers on Alibaba that offer it comparatively cheap (that means: for about $ 1,000 per kg - instead of the usual price of $ 4,000 to 8,000 per kg), By a lucky / unfortunate coincidence, the delivery was retained by Customs (an ordinary sample of Customs) and subjected to an analysis. It turned out that the 10 kg we ordered (priced at about $ 10,000) was not NMN (nicotinamide mononucleotide) but the 'dirt cheap' nicotinamide (it costs about one hundredth of what NMN costs).
Of course you can not blame Alibaba for that. Not for this!
Alibaba offers its customers a so-called 'trade insurance', which should protect a buyer in case of fraud. Of course we have informed this insurance about the fraud. To our horror this insurance (we thought: OUR insurance, so an insurance, which is to protect us, the buyer) is not at all on our side. Although the proof of the fraud could not be more irrefutable (we have the analysis of a government institution, the labor of the Swiss Customs!) Alibaba refuses to recognize the fraud at all. They believe these lousy little fraudsters and doubt the expertise of the Swiss Customs Laboratory, doubting that they are able to analyze Nicotinamid beyond any doubt. They doubt this to shirk their responsibility to avoid having to pay, but they also doubt it because they are partisan: they keep their protective hand above their (Chinese) suppliers at the expense of their (western) buyers! That alone is a scandal. But what weighs much more heavily: we (and many other dupes) buy a substance that we believe to be NMN AND WE CONSUME THIS SUBSTANCE. Alibaba is therefore the accomplice of criminals who are frivolous in risking the health of their buyers, because they supply a substance that is not without harm when consumed in a dose that is completely harmless in case of NMN, but not in case of nicotinamide.
Maybe you think: That CAN NOT be true. That's too blatant. Such a thing a company like Alibaba can never allow.
That's what we thought, too. Until we were taught otherwise.
We have presented this scandal both in a video documentation and meticulously documented the communication in connection with this insurance case on our homepage. If you like 'theater of the absurd', you will get your money's worth while reading these 'dialogues'. At times we had the impression that we are not communicating with a real person, but with a bot...
You can find us (and the documentary) at research.afega.net

This fall, a book will be published that may "change the world." It was written by (Harvard) Prof. David Sinclair: "Lifespan: Why We Ageand Why We Don't Have To" His research was worth a title story to the German magazine SPIEGEL two years ago:"Sterben war gestern (Dying was yesterday)" (SPIEGEL 3/2017). The book will tell the general public about a substance given to mice that not only stops but can reverse the aging process in these animals: NMN (nicotinamide mononucleotide).
David Sinclair is now world famous and caused a run on this 'miracle substance', but the production of NMN is very expensive. In Europe, research by Sinclair is not well known because it is very difficult to obtain this substance. In the USA this is (already) different: NMN is already widespread there and there are different producers. Prof. Sinclair said in an interview that is available on YouTube, he himself takes 1 g NMN per day. From a producer in the United States 1 g NMN would cost between 10 and 40 dollars!

In the past year, a study was published that described a cheap(er) method of producing NMN. And since then, the number of providers of NMN on the Chinese Internet platform Alibaba explodes, offering NMN relatively cheap (for a price of $ 1 to $ 5 per gram). And this NMN is bought by European and American retailers and filled into capsules for the European and American markets or packaged as a powder and distributed on platforms such as Amazon.

There is a problem for the providers who want to act responsibly towards their customers. If you want to check if the substance you bought in China is really NMN, and if so, how pure this substance is, then you will rarely find a laboratory in Europe that can help you. The editors asked numerous laboratories in Germany and Switzerland for an analysis, but all laboratories refused on the grounds that there was (still) no standard procedure for the analysis of NMN.

This is the situation of the Chinese biotech company Shaanxi OWENS Productions Ltd. apparently taking advantage to offer a particularly inexpensive NMN (via the portal Alibaba), knowing that customers in Europe have virtually no chance to review the quality of this product (which has not yet been approved as a dietary supplement in Europe).

I have bought in confidence on these certificates from the company NMN.

As described I had to realize that there is no way in Europe to have the quality of the substance supplied checked. But a really unfortunate coincidence came to the help of the editor: The package with the (supposed) NMN was subjected to an analysis by Swiss customs on suspicion that the contents of the package could be (forbidden) drugs. And it turned out: The substance analysed is NOT NMN, not nicotinamide mononucleotide (this is the substance that Prof. Sinclair is researching), but it is the (much cheaper) nicotinamide.

Confronted with this (and subsequently further) analysis results, OWENS has the insolence to simply question the expertise of the Swiss Customs Laboratory, and also a laboratory ultimately found in the US by the editors, specialized in the analysis of NMN.

We have both the FDA and the SGS informed about the fraud and there are investigations.

However, the public should learn about it as soon as possible so that many more do not become victims of this fraud.

You can check the documents that proof the scam on. Shaanxi-owens-industry-ltd-fraud'dot com'

Tip for consumers:
Such stubborn lies and cheating I have never experienced. A documentation of these Lügereien can be found here: https://shaanxi-owens-industry-ltd-fraud.com

That's a strong statement but we provide proof for it's justification in our video documentary:
https://www.youtube.com/watch?v=KCtTUN9ICUY

AFEGA Has Received 1 Thank You

Michael A. thanked you for your review of Alibaba

AFEGA doesn’t have any fans yet.

AFEGA isn’t following anybody yet.

Alibaba message me you receive package but I didn't receive this cheat with me please be careful...

This site is a scam They are all fake don't buy from them you will lose your money, karma is real...