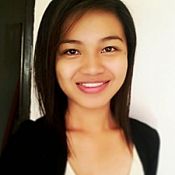 Nurture Life
“Avoid”
I like the concept of this company. Unfortunately, the experience was disappointing. The box I received was totally thawed by the time it reached me even though it wasn't on my porch for long. I temporarily paused subscriptions thinking I might wait until cooler weather, but then my 4 year old refused to eat 100% of the meals even though he isn't normally picky, so I decided to just cancel.

This company ended up charging me for another box, claiming that I didn't skip this one box even though I'd skipped all the others and completely canceled. This is a big deal for me because these tiny meals cost over a day's pay for me. I contacted customer support and they were completely unhelpful.
Helpful (0)
Thank you
MoveLoot
“Nope.”
A few months ago, I bought some furniture from Move Loot and had it delivered. It was an okay experience.

But yesterday, I found a small chair and ottoman that I loved, and went to check out. When I got to the check out screen, they said I would have to pay $149 for delivery of the chair (despite the fact that their delivery page says it would cost between $0-$49) and they wanted $300 (!) to ship the little pouf-type ottoman. I'm totally willing to pay a reasonable delivery cost, but this would double the cost of the chair and almost quadruple the cost of the pouf. No thanks. They claim that it's their mission to help everyone furnish their homes stylishly and affordably, but they're failing. I could buy new stuff for less.

Also, their customer service is crazy slow. Days and days will go by before you get a response. Not good if your issue is time-sensitive. They recently decided to expand nationwide. I'm thinking they should've focused on improvement locally first.

Giving two stars for the great concept. Hopefully someone else well come along and do it better.
Helpful (1)
Thank you
Swap.com
“Oh well.”
A couple years ago, I wrote a review about my great experience selling with swap.com. Later, I edited that review to drop a star because they seemed to be declining as far as customer service and turnaround time. Now, I'm sad to say that I can no longer recommend swap.com because they're dramatically increasing their fees and it's no longer worth it.

Now it costs a flat $11.90 just to send them a box, and the box size allowed has gotten much smaller. Wait 60+ days. Once they actually look at your box, they might reject most of your items. It depends heavily on which employee sorts them. I've sent in boxes of equal quality every time, and sometimes 95% is accepted, sometimes closer to 40%. Once you get everything posted up for sale, they take 30% PLUS $1.50. So if you want to sell a kid's t-shirt for $3.00, expect to make 60 cents. And you'll never actually see that 60 cents because it gets sucked up with the inbound service fee.

So, basically, if you decide to sell with swap.com, you'll be wasting your time to make pennies. It might be worth it if you're selling expensive items, but probably not because that stuff doesn't sell very well so it will just sit there. And swap.com is now saying they have the right to change the price of your items to whatever they want if they sit on the site too long. So, good luck with that.

It's really a shame, because this site was great for a couple years. Now I'll be participating in my local consignment sale instead, because I can make a lot more that way.

If you are a buyer and have store credit (which is the only thing you can get for returns,) I suggest using it soon, because once sellers catch on to the fact that they can't make any money, they'll stop selling. Then swap.com will have to close and you won't be able to use that credit anymore. I give it a year.

I attached a photo to show you what it looks like when they reject items. They encourage you to "donate" this stuff (to who knows where.) If you request to have it sent back to you, it comes in a big tangled ball.

Tip for consumers:
Buying is okay as long as you don't plan on returning anything. Don't sell unless you really need the 50 cents.

Abigail hasn’t received any thanks yous.

Abigail doesn’t have any fans yet.

Abigail isn’t following anybody yet.

Excellent for buying items. If you are a seller though, just know you will probably make more...

Swap.com has twice in the last month excluded items from my order and charged me for them. They...