Home /Consumer Protection/11 Facebook Scams to Watch Out For 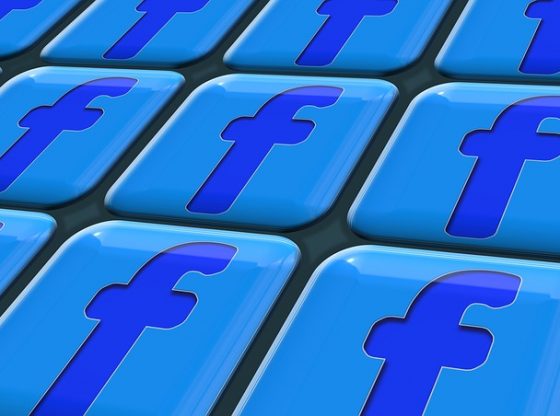 Whether we like it or not, Facebook has become a large part of our lives. Even if you don’t have an account, chances are someone somewhere has uploaded a picture of you on Facebook or invited you to an event via Facebook. Due to Facebook’s popularity and the relative openness of its platform and applications – tools for loosely regulated third-party software to hook into your account – Facebook is now a playground for some sneaky scams. Here’s a quick rundown of eleven that we thought you should be aware of:

The biggest news of 2011 arrived when the world heard of Osama bin Laden’s death. While the news spread, scammers took the opportunity to build a new application to trick Facebook users into installing malware onto their computers and spamming their Facebook friends. Facecrooks points out that the application asks you to copy and paste the link into your address bar, something that you should never do (unless you know where the link goes obviously) as it bypasses your browser’s security controls. This and other types of “Whoa, this was on BBC News (or some other major media outlet)” should be ignored or handled with much caution. As a safety measure, mouse over the link to identify the real source of the URL, avoid dodgy-looking URLs and look up the rest on Sitejabber.

We all have at least a little fascination with rumors and shocking headlines. Underhanded application developers know this well enough to develop “apps” that reel you in by claims of “never before seen photos of Matthew McConaughey without a shirt on” (come on, you can just Google that) or the recent “RIP Charlie Sheen found dead at his house! See the shocking coverage!” Clicking on anything like that will send you to a page that looks fairly legitimate. A pop-up may appear to ask you to complete a survey which should prove that you’re human (but why would a robot or a dog want to see Charlie Sheen photos?). And subsequent interactions will result in installation of malware onto your computer.

3. See who has viewed your profile!

It comes in all shapes and sizes, but essentially the ruse is the same: to get you to be so curious about who’s supposedly looking at your profile (or who has deleted you), that you click on a “Like” button that sets into motion a chain of events, which is affectionately referred to as “likejacking”. For those users who do fall for the “Check out who’s stalking your Facebook” phishing application, they’ll be asked to complete some surveys, which could very likely ask for personal data that shouldn’t be given out. Simultaneously the same message will appear from them to their friends’ walls to do the same thing to them. All the while, you won’t get to see the identities of your stalkers because there’s no way for apps to get that information. There are no signs that point to this feature’s being added to Facebook anytime soon, so it’s best to warn friends who have that application posted on their walls that their accounts may have been compromised by a bad app. Passwords should be changed, computers should be scanned for malware, and other FB friends should be warned to prevent further damages.

As a general rule of thumb, anything that has an air of scandal or mystery to it (other than your friends playing Vaguebook on their profile statuses) should be promptly ignored (as should Vaguebook postings, come to think of it). This includes messages through Facebook that allude to videos of you – “Is that really a video of you?” No, it really isn’t going a video of you. What it will be is a link to a video player or update of “Flash” that you need to download to see the supposed video of you. And instead of installing a player or update, you’ll download Koobface, malware comprised of Trojans and worms, as well as send the same message to all of your Facebook friends. The malware itself is a heck of a problem to get rid of – so delete that message and don’t think twice about it.

If you get an urgent instant message from a friend who’s stuck in Tunisia with no money in his pockets and who’s begging you to wire him money ASAP so he can get out of there, think again. It might seem like he’s messaging you right then and there, but if you take the time to ask him specific questions (ask questions a stranger wouldn’t know the answers to), you may find that he isn’t who you thought he was. This is the most classic of scams, and now it’s been taken a step further to the instant messaging front. And while people are more informed of it, with an older group of folks getting online now, you should let your parents and grandparents know what to look out for when social networking.

6. Get a free goat on Farmville!

It just takes one person to click on one of those “I just got free Farmville cash” or “I got myself some free Mafia Wars ammo” applications to send a frenzy of links on the walls to every one of their farm- or ammo-loving Facebook friends. Targeted mainly at naïve youngsters, adults have too been the unknowing victims. The applications will seek permission, and upon getting it, will mine any data you have set up on Facebook and sell it to third parties. And just remember that, if you fall for it, chances are your FB friends will fall for it, and who will trade goods with you after that?

7. Take a quiz to find out your IQ or personality type

If you want to find out your IQ, Facebook is probably not the best place to do it. Or if you want to know more about your personality, ask your best friends for their honest opinions (and be ready to hear it). They’ll surely be more accurate than a Facebook quiz anyway. Quizzes on Facebook which ask for your permission to enter, have you complete some easy questions and then want for you to enter your phone number – are a scam. The next thing you know, unknown charges will show up on your phone bill.

8. I answered a question about you…

We’ve all seen now the posts on walls that claim someone has “answered a question about you” and you have some “new answers to unlock”. What in the world does that even mean? It means that you’ve just allowed an unknown third party into your account to take information. On top of that, if you actually go through and answer questions about other friends, you end up breaching their privacy and causing the message to be posted on their walls. It’s really no wonder people hate Facebook.

9. Join a group or community on FB

Everyone wants to be part of something – whether it be a church group or a book club. This is no different on Facebook. If you receive a Facebook message to opt in to a group that could actually be related to a cause or concern of yours, make sure to check it out first. It could be a marketing strategy to get you on their all their mailing lists, and you’ll spend the next few weeks dodging sales calls and emails, the sources of which you may not realize.

Maybe after you realize your mistake in joining an on-site Facebook group, you decide to take your interests off the Facebook stage. A number of Facebook aggregator sites exist now. These sites aim to bring together like-minded individuals who, when they’re not on Facebook, do Facebook-related things anyway. For example, the millions of folks who would like vote for Justin Bieber to be admitted to the Hall of Fame pronto – before his talent runs out. These sites can also breach your privacy and lead to the same fates we’ve mentioned above.

Sexual predators on social networks sounds like old news, but it still happens. Unfortunately, photos and chatting don’t prove that a person is as they say they are. Sexual predators may initiate interactions from random friend requests (they may explain that they know you through a mutual non-Facebook friend) or from playing a Facebook game or using a Facebook application. Treat a stranger online as you would a stranger in real life – take precautions and don’t give out any personal information.

The lesson at the end of the day is – be careful where you click on Facebook. When you’re face to face with a Facebook connect pop-up, make sure to evaluate the potential cost-benefits. Do you really need that free chicken for your farm? Do you need to see the shocking thing that a teenage girl’s father posted? Can you find an IQ test somewhere safer? Checking reviews on Sitejabber can be a way to help you avoid trouble.

If you’re nervous about something you may have clicked on, check your computer for Malware using anti-virus programs like AVG or Avast, change the password to your Facebook account, delete the applications from your account, and let your friends know to help protect them.