A Scam in the World of Warcraft? Power-level.net Review Round-up

A Scam in the World of Warcraft? Power-level.net Review Round-up 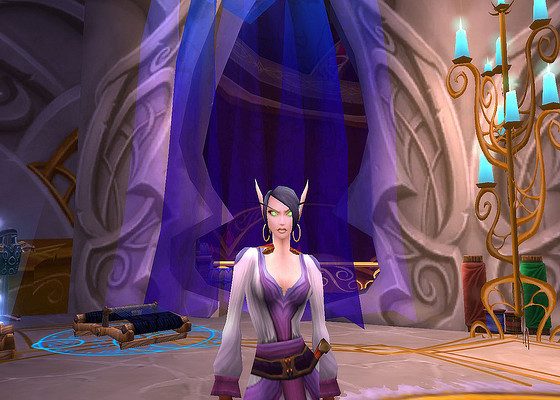 Welcome to the World of Warcraft, or WoW, as the players might refer to it as. Due to the immense popularity of this MMORPG (massively multiplayer online role-playing game), players often need to put in scores of hours of dedicated time and effort in order to be on par with their guild mates and be competitive in the game’s PVP (player versus player) battles.  Those who don’t have those hours available to them, due to responsibilities such as work or family, often resort to purchasing gold online from websites that are unaffiliated with World of Warcraft and often based out of China.

Power-Level.net is one such site that offers to sell World of Warcraft gold which players use to purchase the highly prized armor and weapons for their characters. It’s often tempting for players to pay real money for “virtual gold” that may otherwise cost them hours of their own personal time to earn. However, with an average of 1.17 stars out of 4, it’s pretty clear that all that glitters at Power-level.net is definitely not WoW gold. To date, Sitejabber reviewers have contributed a whopping 154 reviews for Power-Level.net. So that you don’t have to weed through the reviews, we’ve done the gardening for you: a round-up of what Sitejabber reviewers think of Power-level.net.

The “Love it” (or 4-star) or even “Cool” ratings for Power-Level.net are very few and even farther between, as we’ve noticed. While a handful of reviewers have mentioned receiving their gold, delivery either took weeks or threats to uncover their fraudulent behaviors over chat, the only mode of communication with the company available.

One reviewer Trev H. even devises and shares his strategy for getting at least some smaller amount of gold. In a move he refers to as “cheating the scammers”, Trev assures the Power-level.net customer service agent that he’ll place a larger order of gold if his smaller order gets delivered, and that seems to do the trick.

Sitejabber reviewers are livid with Power-Level.net for straight-up not delivering promised gold either at all or on time, despite many repeated attempts. On top of that, the fact that the site is based out of China (which they’ll use to convince you is fine because “the best players are Chinese”) makes for some interesting, though undoubtedly frustrating, conversations for users who just want their goods delivered.

Nigrpls Q. quips: “Well, I placed an order of 10k and RIGHT after I confirmed I found out about this website, Then I said “OH $#*! NOT THIS” and well anyways . . . I read through a couple of reviews and started raging and I went on the online chat with them.I got to talk with ‘CUTE’. He was being so damn annoying with the ‘so sory sire’, ‘sec,pls’ and ‘our worker got banned’…”

Closegdp A. writes a long and helpful review of the deceptive aspects of Power-level.net: “Treat you like god before purchase, and treat you as dog after get your money:…2. Won’t deliver gold on time and won’t refund either.They promise 30mins delivery but actually only 5% of orders are finished in time, no compensate for delay. Order fully delivered mostly take days, weeks, and longest I have seen is 6 months!! They nearly never refund, only refund happens because your order is small like few dollars and they have too many dispute record on their Paypal account. 3. Reduce your gold supply, like only delivery 80k gold for a 100k order…”

From the sound of users’ reviews, it seems like Power-Level.net doesn’t stop at mining gold. Mining personal information, such as cell phone number, IP address, paypal information, etc., seems to be a popular activity as well, according to some users, such as Closegdp A. above.

Joshua S. conjectures: “I suspect these people of being Keyloggers. Why? They require you to open the email they sent you, if you open it you are likely downloading the keylogger virus. To make sure you do this, they require you to reply to it. Next, they require you to receive a ‘code’ sent to your phone. I believe they do this to infiltrate the advanced security established by Blizzard (the maker of WoW, who sends you a text with a code that you have to have to log into WoW, an added security feature) that way they can steal your code and log into your account and destroy everything you have. People really do this, and I think these are the ones who do it. Makes sense to me.”

Or it may be a case of robbing the rich to feed the other rich. Ally C. is one of the lucky few who seems to have received all of her gold, only to discover that it “came from a hacked account because Blizz took my gold back.”

To write your own review for Power-Level.net or to read more reviews, visit the Power-Level.net review page. For more information on World of Warcraft scams see our infographic. 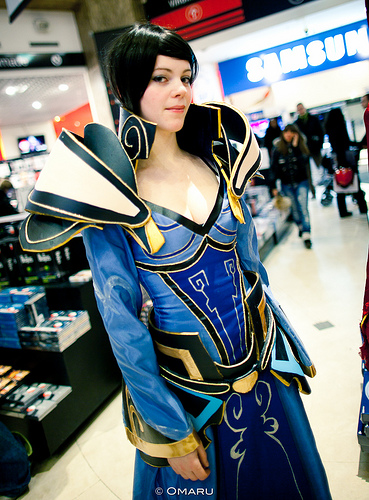 Sitejabber is a consumer protection service which helps people avoid fraudulent websites and find good sites. You can use Sitejabber to review, complain about and report fraud on websites, as well as research unfamiliar sites. Sitejabber is made possible by a grant from the National Science Foundation and was named a Top 100 Website of 2010 by PC magazine.

Note: misspellings within reviews were corrected for this article.