Weekly Scam Alert: Online Diploma Mills and How to Avoid Them

Home /Consumer Protection/Weekly Scam Alert: Online Diploma Mills and How to Avoid Them

Weekly Scam Alert: Online Diploma Mills and How to Avoid Them 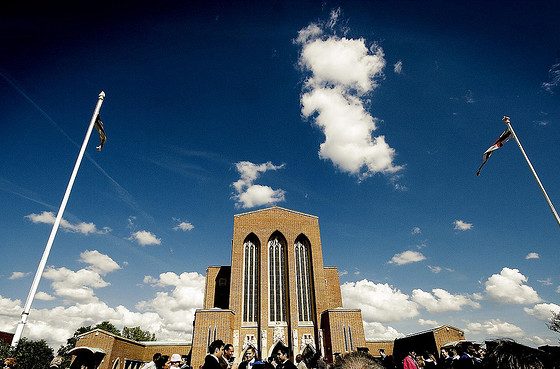 We’ve all seen the advertisements: promises of a better job or career by obtaining that Bachelors you never finished, or the Masters that you should have to stay competitive in the global market. The truth is that this type of too-good-to-be-true degree fraud, 130 years in the making, couldn’t come at a greater price. And despite the introduction by Congress of the Diploma and Accreditation Integrity Protection Act in January of 2010, schools known as “diploma or degree mills” – non-accredited institutions which offer a range of degrees for a moderate to high fee and minimal time/study investment – continue to inundate magazines, local television commercials and billboards. Now while some states, such as Oregon, North Dakota and Wyoming, push these fraudsters out of their territories, the situation has instead turned pandemic as diploma mills are extending more and more their “services” into Latin America, Asia and Europe.

Let’s get things straight first – why does it matter if a degree is from an accredited institution or not? Not only do diploma mills cheat students out of the higher educational experience offered at accredited schools, but instead of allowing for more opportunities, they actually leave students with no chance of receiving a higher degree at an accredited school, transferring credits or obtaining a competitive job. Little do the estimated yearly 200,000 degree-bearing graduates of degree mills know that, after the financial investments of upwards of $80,000, their degrees are bogus and have little to no weight in the real world. The cost, in the long run, then is more than they bargained for.

The U.S. Department of Education (USDE) warns students specifically of diploma mills, posting on their website in bold, “Diploma mills are schools that are more interested in taking your money than providing you with a quality education. You need to know how to protect yourself as a consumer.”

While the government is working to crack down on these bad businesses, consumers need to be informed and alert to the red flags as well. Here’s how to know if your higher educational dollars are being well spent:

Legitimate schools, in most cases, are accredited by the Council for Higher Education Accreditation (CHEA) and/or by the USDE. In some cases, schools can also be approved by agencies, accrediting or state approved, and recognized by the Secretary of Education. If a school cites several accrediting agencies, chances are that school is trying to impress and mislead you with fancy acronyms, even if they are supported by poorly designed websites. In many cases, non-accredited schools even develop their own accreditation agencies, or inappropriate alliances, to bypass the need to acquire official approval from a legal agency. To be very sure, check the USDE’s updated website of accredited postsecondary institutions and programs. USDE also maintains a list of nationally recognized accrediting agencies.

Do the right search

Some of these phony universities do a good job of covering up their tracks. That is, they’ve produced so much web content that a search of the school’s name will give you little with which to work. Add the word “scam”, “fraud”, “complaint”, however, and you find yourself discovering a whole other side of things via consumer reviews of “online educational institutions“.

Recently a representative from the infamous Preston University, which started in Pakistan and now has positioned itself in 31 locations around the world, including Dubai, Wyoming, and L.A., contacted Isabel Serna* in Central America. Intrigued by the phonecall, Ms. Serna decided to meet with the representative and then to do a search of Preston online. For the first 3 pages, the Google search showed next to nothing, other than a low-profile Wikipedia page that discusses the degree mill nature of Preston. People rarely go beyond the first few pages of a Google search, and had Ms. Serna not added the word “scam” to “Preston University”, she would not have come across the one-entry Blogspot devoted entirely to Preston University’s fraud scheme. One red flag can be enough to get a person to investigate further.

Be wary of a strange salesy approach

Reputable universities are not ones for presenting themselves like used car salesmen. They normally don’t refer to “discounts”, “referrals” and “bargains”. If a school representative is trying to convince you to attend their school because it is a bargain, compared to other Masters degree programs, then you should be smelling something fishy there. As well, if they are not willing to give information by email or state that “it is company policy to discuss these matters in person”, then chances are they’d rather not have their likely-to-be-lies in print, lest it be used as a case against them later.

In Ms. Serna’s meeting with the representative from Preston, she was told that the education at Preston would be saving her at least $4000 (a hefty amount by Latin American standards). As well, she would receive a 15% discount for writing a positive letter of reference for the university and an additional discount if she could give 15 references for the school to contact. By the end of the meeting, Ms. Serna was told that it was then the moment to give up her references. When she responded that she needed time to think about it, the representative’s response was, “What is there to think about?”

If a school attempts to entice you by noting that you can earn your degree in half the time it takes to do it elsewhere, and by attending classes only once a week, then it’s likely to be a degree mill. While it may seem nice to invest so little time in receiving that long-awaited Masters degree, you’re only doing yourself a disservice in the end. Smart employers can detect shams, and bona fide universities have degree mill schools on their blacklists. Your chances at advancement in academia and in the workforce will be thwarted by taking this seemingly harmless shortcut.

Ask also about professors, and degree mill schools will be quick to offer up credentials for their teachers. When Ms. Serna asked the Preston University representative for the qualifications of teachers in the Masters program she was interested in, the representative stated that all of their professors had 2 Masters degrees and were in the process of receiving their Ph.D.s. Upon further investigation, Ms. Serna most likely would have discovered that the degrees received by these so-called academics would also have been awarded by Preston University, a method used by degree mills to make their graduates happy while lining their own pockets.

Degree mills are careful with their words, to say the least. When asked whether their degrees awarded would be valid for acceptance into other schools, an advisor might respond that yes, you could use the degree to apply to other schools, which is different from saying that other schools would accept the degree.

*Name has been changed.

Tran Nguyen Templeton is the program advisor of Colegio Monarch Guatemala, a therapeutic school for children with neurobehavioral disabilities. Tran holds a Masters Degree from the Harvard Graduate School of Education.