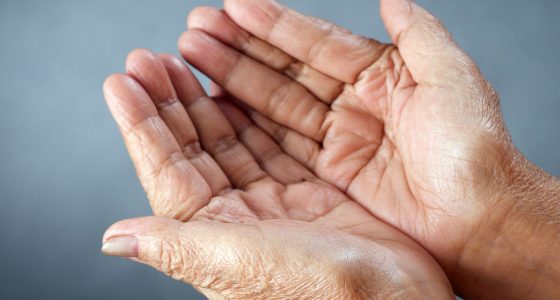 Stealing money is bad enough, but stealing money intended for families and individuals in need is somehow so much more heinous. Charities are, by their own corporate structure, not for profit, and those who donate typically do so in the belief that their money will be used to make a difference in the world, however small. Unfortunately, there will always be deceivers who seek to take advantage of the goodwill of man for their own personal gain. These are criminals who establish fake charities and lie about how the donated money will be used. Amassing small fortunes in the name of a cause, these con men turn around and pocket the money, spending it all on themselves. Today we examine seven of the worst charity rip offs of all time.

Earlier this year, the New Jersey based Civic Development Group (CDG) was brought up on fraud charges for raising “charity” money through telemarketing. In reality, almost all of the money donated went to the two founders’ personal bank accounts, with only an extremely minuscule portion ever making it to the actual charities advertised. CDG settled the suit out of court to the tune of $18.8 million, representing the highest amount of any consumer protection case in history.

In addition, CDG owners Scott Pasch and David Keezer were forced to relinquish the numerous extravagances purchased with the charity money. According to MainStreet.com, these included “both of their $2 million homes, $1.4 million in paintings by Picasso and Van Gogh, a guitar collection valued at $800,000, $270,000 in proceeds from a recently sold wine collection, jewelry valued at $117,000, three Mercedes, and two Bentleys.”

Headed up by the disgraced Justin Patrick White, the Police Survivor Fund was a predatory charity that claimed to be collecting money for the families of police officers who died during the September 11th attacks. The New York Times reports that White raised just under half a million dollars for the cause, yet only paid $24,500 of it to the families in need.

Phone scripts recovered from the fund’s call center revealed the use of emotional tactics to solicit money from donators, such as suggesting a donation of $911.00 to commemorate the infamous day. In June of 2003, White pleaded guilty to the charges of fraud, and admitted that “the greater percentage” of the money he had solicited was to support himself.

The fraud perpetrated by the Holocaust Survivor’s Fund is different from most shiesty charity scams we hear about. In this case, it wasn’t the charity who scammed the people, but the people who scammed the charity. The fund was established to help provide financial aid to disabled or impoverished survivors of the Holocaust, but was defrauded from the inside by a group of managers who accepted forged applications from completely unqualified individuals.

The Huffington Post reports that “Six corrupt employees approved more than 5,500 fraudulent applications for aid, leading to millions of dollars being paid to people who did not qualify for help.” In total, the charity was taken for $42 million in misappropriated money that should have gone to the families of struggling victims.

The depressing story of the United Homeless Organization truly illustrates the predatory nature of some charity owners. Several years ago, anyone taking a walk around NYC commonly encountered homeless people with empty water jugs collecting money for the “United Homeless Organization (UHO),” a charity supposedly helping to regulate aid and spread it among the needy. Today, no such jugs are found on the streets because it was discovered that UHO owner Stephen Riley, and its director Myra Walker, were collecting the majority of the donated money for their own personal use.

The way the scam worked was that homeless workers would collect spare change and dollars in shifts, trading off between each other. However, instead of being allowed to keep the money, or giving it to the charity to be spread equally among the needy, the workers were required to pay a $15.00 fee to the owners per shift, and keep whatever spare few dollars were left over. Hundreds of homeless gave their $15.00 every day to Riley and Walker, who turned around and spent the tens of thousands of dollars on personal shopping.

In April of this year, the New York Post told the story of a family from Great Neck, New York who stole over $500,000 in illicitly gained donations under the guise of a breast cancer charity. State Attorney General Andrew Cuomo reported that much of that money went to support their “lavish lifestyle,” and not to the victims of cancer. David and Mindy Winston, along with their three adult children established the phony charity known as The Coalition For Breast Cancer Cures, and used a mass mailing campaign to solicit donations. In the end it was found that the charity was never registered, and was what Cuomo deemed an “outright fraud.”

Within hours of the disastrous earthquake in Haiti earlier this year, CreditCards.com reports that people were already being contacted by fake charities asking for donations to the country. Haitidonations.org was one such culprit reported on Sitejabber. These con men often relied on email or cold calling to contact their victims and collect illegitimate donations that never went anywhere near the devastated country.

Acknowledging the tendency for nefarious scammers to capitalize on tragedy, the FBI issued the following warning to people concerned for the citizens of Haiti. “Past tragedies and natural disasters have prompted individuals with criminal intent to solicit contributions purportedly for a charitable organization and/or a good cause. The FBI today reminds Internet users who receive appeals to donate money in the aftermath of Tuesday’s earthquake in Haiti to apply a critical eye and do their due diligence before responding to those requests.”

Similar to the phony charities that cropped up around the Haiti earthquake disaster, the Gulf Oil Spill has predictably inspired criminals to take advantage of the concern of the public for their own personal gain.Disasters bring out the worst in some people, as they capitalize on the panic and heightened concern surrounding the event to con well-intentioned people out of their money.

The Bradenton Times warns the public that “Unsolicited emails or phone calls asking for contributions are one of the biggest warning signs” of fraudulent charities. If you are contacted by these means or put through a high-pressure pitch that requests you donate to the relief, be very wary. Those who seek to help in the disaster relief are advised to contact 1-800-HELP-FLA (435-7352) to find registered, verified charities to donate through. Also, be sure to check reviews on Sitejabber.