Buyer Beware: What Are the Most Commonly Pirated Software

Home /Consumer Protection/Buyer Beware: What Are the Most Commonly Pirated Software

Buyer Beware: What Are the Most Commonly Pirated Software 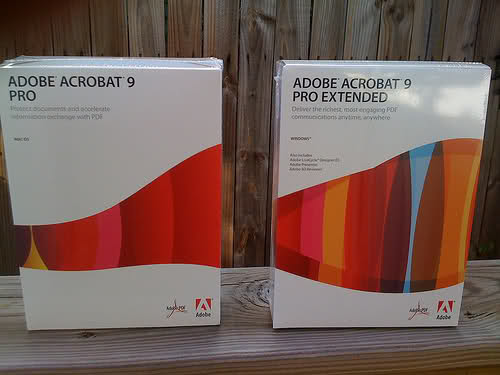 Regardless of your view on piracy, it is still hotly up for debate, but there’s little uncertainty about its resulting financial damage: in 2009, reports surfaced that the global loss to software piracy is over $50 million, with the Asia-Pacific region suffering the worst. According to the Software & Information Industry Association’s most recent report on pirated software, the following titles were among the most pirated on the internet: Adobe Photoshop tops the list, perhaps unsurprisingly. In 2009, however MacWorld reported via Intego that some pirated copies of Adobe Photoshop CS4 contained trojan horse malware in its “crack” application (the component that allows you to open and freely use the software without having a serial or registration number.) It might have deterred some users from illegally downloading, but given the massive popularity of the image-editor — and its exorbitant cost — it probably didn’t curb the problem much. Ever notice how everyone owns a copy of MS Office, even if they’re the most technologically-impaired user ever? Most of those copies are likely pirated. Microsoft has a storied history of premature software leakage, including 2009’s Technical Preview of MS Office 2010 on Bittorrent, of which over 5,800 copies were leaked over a weekend. Windows 7 still pops up regularly on peer-to-peer sharing networks (as well as Vista, and XP, for that matter) and so far, all indicators point to the phenomenon only getting worse. Plenty of sites selling dodgy copies of Microsoft products have been reported on Sitejabber. Typically marketed to at-home and other personal computer users, McAfee Virus Scan has earned the dubious distinction of being one of the most frequently pirated software titles on the planet. It’s a testament to its usefulness, sure, but the news compelled McAfee and Symantec to join forces in a campaign against the biggest illegal seller of its products ever — eBay. The Software & Information Industry Association, backed by the two software security giants, sued a number of individuals accused of selling at least 15,000 software units for dirt-cheap prices on the auction site in 2006. Norton Anti-Virus, which runs on both Mac and Windows platforms, has had its fair share of criticism in the past: from a software update bug, to sub-par customer service, to the inability of its software to completely uninstall. Still, the software continues to be popular among individuals and companies alike — so popular, in fact, that the Norton producer sued eight companies for using pirated software: Acortech, mPlus, Logical Plus, SoftwareOutlets.com, Rowcal Distribution, Global Impact, Directron.com, and eDirect Software. The plaintiff required $4 million to $10 million in damages — but Norton itself has been sued a number a times as well (in 2010, a New York man sued for Symantec’s automatic renewal of his subscription without notification, even though they had been fined $375,000 for the practice before). Intuit’s do-it-yourself tax program is popular — so popular, in fact, that in 2001 the IRS reported that 15 million tax returns had been prepared with the software, while Intuit only actually sold 5.5 million desktop copies of it. In response, Turbo-tax chose to add a controversial program to its software package that ties it to a single computer, which makes it difficult for a user with a pirated copy to print or e-file taxes (though it was forced to abandon the idea and apologize after a number of user complaints.) It’s almost surprising how much people seek out pirated copies of Adobe Acrobat (the popular program that allows users to edit, create, and view files in Portable Document Format) considering its massive vulnerability issues: McAfee even reported that, in 2010, Adobe Acrobat was the number one target for hackers who wanted to compromise users’ systems. The fact that Acrobat is updated so frequently also makes it easy for hackers to send spam e-mails posing as system updates. AutoCAD is a Computer Aided Drafting tool, first released all the way back in 1982 (the latest version was released in 2010). AutoCAD allows its users to design complex objects and is thus popular among architecture students (and design firms). A 29-year-old man was arrested and sentenced to nine months of jail after selling pirated copies of the software in 2005, and an FBI investigation busted a a 26-year old Texas resident who was caught selling pirated AutoCAD software (among others), eventually sentencing him to 46 months of jail time and a $1,154,395.85 pay order.

As usual, whenever you’re trying to sort out whether something is the real deal online, check Sitejabber reviews first. The community has recommended a number of software sites, along with some lower cost alternatives like AcademicSuperstore.com (low cost software for educators and students) and OpenOffice.org (free open Microsoft Office alternative).