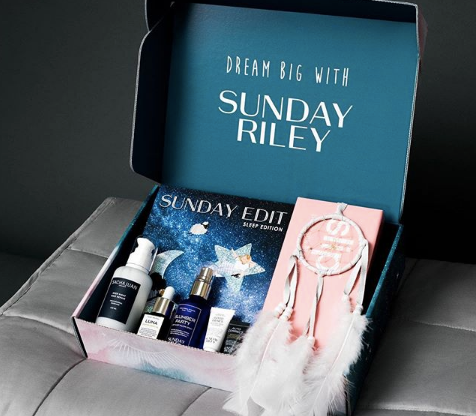 A former employee of trending skincare brand Sunday Riley exposed not only the company but CEO Sunday Riley herself for directing the creation of fake Sephora accounts to write glowing reviews.

The Federal Trade Commission (FTC) laid out two counts against Sunday Riley in their complaint:

Posing as happy customers, Sunday Riley and her employees personally promoted her products by composing and posting fake reviews on Sephora.

Hiding the fact that the writers were all from Sunday Riley, the reviews misled potential buyers into believing they were authentic.

Last Monday, October 21, the FTC released the proposed consent agreement that bans Sunday Riley from further reviews manipulation as well as monitoring the company’s activity for the next 20 years.

In a Reddit post by the former employee, they reveal an entire email written by the brand’s Sephora Account Manager, who directly tells staff to create Sephora customer accounts and write fake reviews.

Recognizing the direct impact reviews have on sales, the company wanted to boost customer faith in the brand to align with the launch of two skincare products, Saturn and Space Race.

The manager writes, “The power of reviews is mighty, people look to what others are saying to persuade them and answer potential questions they have.”

The email goes into detail on how to manipulate each review to make users believe them as trustworthy.

“It helps to make yourself seem relatable – like you know how hard acne is and you’ve tried everything, and this one actually works or mention things like yes, it’s a little more expensive, but works incredible [sic] well compared to the cheaper masks out there. If you need any help with things to come up with to say, feel to ask myself, Sunday, or Addison.”

While the Reddit post went live last October, the FTC reported instances of fraudulent reviews starting from November 2015 to April 2018, including training interns to write fake reviews and sending out a “how-to” guide to hide through a VPN (Virtual Private Network) which came directly from the CEO herself. Without the ethical responsibility shown by the whistleblower, Sunday Riley could have continued manipulating customers’ trust indefinitely. This issue is telling of the ugly reality of businesses attempting to take a shortcut through false reviews, while the task of changing this reality becomes ever more daunting.

The FTC Administrative Order Proposal
The consequences? The FTC intends to crack down on Sunday Riley’s activities.

But even within the FTC commissioners, there is dissent. Commissioners Rohit Chopra and Rebecca Kelly Slaughter voted against the proposal, losing 3-2. In a statement released on Monday, Chopra and Slaughter called for a financial penalty for Sunday Riley’s manipulation and abuse of online trust through review fraud. By proposing merely a warning, the FTC is not stopping the issue of “rewarding bad actors and harming honest companies” (Chopra & Slaughter).

However, the FTC is opening the proposal up for public comment. Teresa, a frustrated customer who trusted Sephora reviews to buy Sunday Riley skincare, posts her story on the forum.

“Had I known these reviews were marketing material, I would have not relied on them so heavily,” writes Teresa. “By purposefully misleading their consumers, Sunday Riley have broken the trust in this relationship. By not imposing a fine on the company and its owner, it is sending a message to the rest of the industry that this behavior is generally accepted and will not be punished.”

To read more from Teresa, other commenters, or submit your thoughts, you can follow this link before they make a final decision on November 25.

Consumer reviews are becoming increasingly important in establishing trust between businesses and their customers. However, the problem of fake reviews also continues to grow, despite the best efforts of the FTC and third-party review platforms. When researching companies, there are a few things you should always keep in mind when reading reviews.