Why Should I Care About Cyberbullying?

Home /Consumer Education/Why Should I Care About Cyberbullying?

Why Should I Care About Cyberbullying? 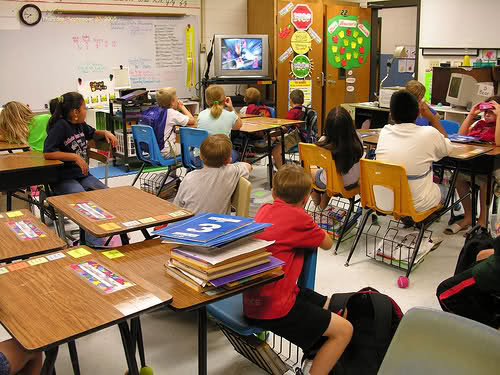 The statistics speak for themselves: cyberbullying is a huge problem, and from the looks of things, it’s not getting any better.

A 2004 study by I-Safe.org reported that 35% of students in grades 4-8 had been “threatened” online, 58% said that “someone has said mean or hurtful things to them online” and 53% said that they had been bullies themselves. The National Crime Prevention Center commissioned a study by Harris Interactive in 2006 to measure incidences of cyberbullying among high school and middle school-aged youth. The study found that 43% of students (mostly females) had experienced it in the past year. A 2010 study from the Cyberbullying Research Center revealed that one out of every five middle school students reported being affected.

Why should you care about cyberbullying? Because it’s an epidemic, and it may be affecting your child’s schooling. Cyberbullying involves the use of communication technology among minors to harass, threaten, tease, or humiliate other minors. The website stopcyberbullying.org informs us that “it has to have a minor on both sides, or at least have been instigated by a minor against another minor.” (If and once the interaction includes an adult, it is regarded as cyber -harassment or -stalking.) The means are abundant and varied: posting on social networking sites, creating hate websites, sending unwanted e-mails/instant messages/text messages, engaging in group chats, insulting on blogs and online forums, etc. Other reprehensible acts include, for example, creating a screenname that is very similar to another person’s and using it to write embarrassing or inappropriate messages; posting false, libelous information in a blog and sharing it with other students; stealing passwords/hacking personal account; ganging up on someone in a forum or an e-mail chain, etc.

What are the Effects? The effects of cyberbullying are as harmful and serious as bullying in face-to-face interactions. Studies from the Cyberbullying Research Center show that it results in lower self-esteem, a greater likelihood of suicidal ideation and feelings of anger, frustration and fear. Cyberbullied students tend to withdraw from school and social activities. There have been a few highly publicized cases of suicide in the United States: in 2006, 13-year-old Megan Meier committed suicide after the mother of a former friend, posing as a young boy, began harassing her on Myspace. In 2003, 13-year-old Ryan Mulligan hanged himself after suffering humiliating instant messages from other students accusing him of being gay. Because cyberbullying is conducted largely anonymously — or by proxy — it can be difficult to track down and prosecute offenders. Additionally, if the bullying takes place outside of school, administrators have to jump through legal hoops to impose punishment on the students (as in the case of a young girl who videotaped a “smear session,” posted it online, and then was suspended from school — the school, however, was then sued by the girl’s father for having stepped outside of their jurisdiction.) Additionally, evidence can be difficult to gather, as material on the internet is transient, and not as immediately obvious as, say, a broken bone or a bruise on the face.

Many states — including New Jersey, Delaware, Oregon, Washington, Iowa, Idaho, and most recently, California — have passed laws requiring schools to develop policies aimed at stopping cyberbullying as well as to have the right to suspend or expel cyberbullies. After the suicide of Megan Meier, Missouri upgraded their anti-cyberbullying law from a misdemeanor to a Class D felony. A federal law proposed in 2009 — the Megan Meier Cyberbullying Act — would make it illegal to “transmit in interstate or foreign commerce any communication, with the intent to coerce, intimidate, harass, or cause substantial emotional distress to a person, using electronic means to support severe, repeated, and hostile behavior.” Free speech advocates like the American Civil Liberties Union argue, however, that such a law could lead to government-mandated violation of the First Amendment.

What can Parents Do? Parents should enact firm rules on electronic/technology use: for example, sticking to kid-safe sites, losing internet access, computer or phone, as punishment for bullying, in addition to other consequences.

If you think your child is a victim, inform the school guidance counselor — he/she can keep an eye out for signs of distress. Be supportive and take complaints seriously (the worst thing you can do is just tell your child to “turn it off” and ignore the problem). Ask community centers and youth groups to engage in campaigns that educate children on the harmful effects of cyberbullying. Remind your child of the basics of internet safety — no giving out passwords or revealing personal information online without your knowing — and teach them how to block bothersome users or delete suspicious-looking e-mails. If any actual threats are made, make sure to print out the offending pages from the internet and bring them to your local law enforcement office.

And the most important thing parents and educators can do? Pay attention to their most vulnerable students and investigate any claims of social misconduct. While punitive action for cyberbullying is always helpful, stopping it before it starts is always the better move.