The Need for Federal Anti-SLAPP Legislation

The Need for Federal Anti-SLAPP Legislation 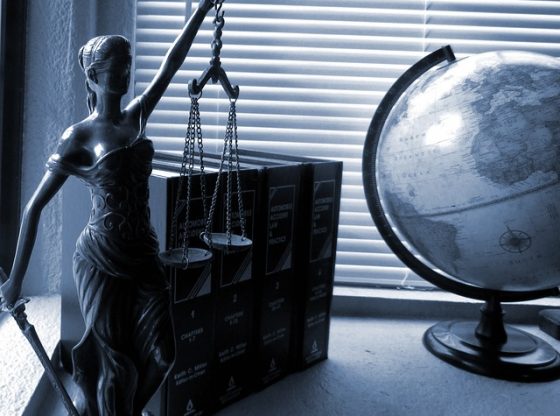 Federal anti-SLAPP legislation, H.R. 4364, is currently pending before Congress.  Sponsored by Congressman Steve Cohen (D-TN9), the Citizen Participation Act encourages civic engagement and protects against meritless lawsuits brought against those who petition the government or speak out on a public issue. The bill allows someone who is brought to court on a meritless lawsuit arising from his or her exercise of First Amendment rights to have the lawsuit dismissed, and to recover attorney’s fees.

Why is this federal anti-SLAPP legislation necessary?  Let’s start with the basics. Professors George Pring and Penelope Canan coined the term Strategic Lawsuit Against Public Participation, or “SLAPP,” more than two decades ago, to describe lawsuits that were brought to retaliate against those who exercise their First Amendment rights. The quintessential SLAPP is a lawsuit against someone who speaks out about local development or environmental issues.

Since that time, the concept of SLAPP has broadened, as practitioners, academics, legislators and judges  across the country have recognized that such lawsuits are an increasingly-used weapon against speech that some people and businesses would rather have silenced. If a group of parents complains about the management of their children’s charter school, the response by the school management may be to sue the parents for defamation. If a union seeks to have local governments issue resolutions against a food manufacturer, the response of the manufacturer may be to sue the union for racketeering and conspiracy. If an upstart website posts information about local real estate deals, and names a law firm doing those deals, the law firm’s response may be to sue the website for trademark infringement.

In each case, rather than answer speech with speech, some plaintiffs decide that the best way to silence critics is to drag them into court.  Such a lawsuit can be an extremely effective way to silence someone.

After all, if you were a parent who had asked questions about your kids’ school, and you were sued for talking about that, how would you react to such a suit? Would you be able to afford an attorney? Would you know how to handle discovery requests and calendaring, and would you be able to take off work to defend yourself? Even meritless lawsuits require a defense. Faced with the task of defending yourself, you might decide to settle. And that settlement might come at the price of your apology, “correction,” or agreement to refrain from speaking publicly about this ever again.

H.R. 4364 has several key components.  One of the most important one is the ability of a defendant who is hit with a SLAPP to recover attorney fees. This is critical, because it allows a defendant who has valid defenses but could not otherwise afford an attorney to secure an attorney on a contingency basis. Second, the defendant can bring anearly special motion to dismiss, and while the judge is deciding the motion, neither party can take discovery, with limited exceptions. This provision is crucial to protecting a defendant. SLAPPs aren’t typical lawsuits; they do their work through the process of the litigation itself. Stopping the process and providing counsel is the only way to combat the SLAPP, which is why normal remedies, like a motion to dismiss for failure to state a claim, are inadequate.

The Need for Uniform Protection

Twenty seven states have enacted anti-SLAPP legislation. These laws vary dramatically. The remaining states lack legislative protection against SLAPPs, and the state laws cannot be invoked against federal claims in federal court. This disparity in protection encourages forum shopping and clever pleading, and magnifies the chilling effect of SLAPPs by making people uncertain about the level of protection. A blogger in California would normally have that state’s strong anti-SLAPP law as protection, but if a plaintiff can evade such protections by suing the blogger in a state without an anti-SLAPP law, or by filing federal claims in federal court, the plaintiff has every incentive to do so. The blogger in California may censor herself for fear of an out-of-state or federal lawsuit, notwithstanding the strong protections against SLAPPs in her home state.

This is why a uniform federal law to protect First Amendment expression is needed. SLAPPs aren’t just random meritless lawsuits: they are lawsuits that directly attack First Amendment rights. The level of protection for First Amendment rights should be uniform – it should not depend on where a defendant is hauled into court or how clever a pleader the plaintiff’s lawyer is.

SLAPPs happen every day, across the country, in response a huge variety of civic participation. H.R. 4364 would protect against such lawsuits, regardless of where they’re brought.

The Relationship Between H.R. 4364 and State Law

It is important to note that the Citizen Participation Act provides two levels of protection. First, it encourages civic engagement by providing qualified immunity for those who petition the government. This means that you are immune from civil liability for good-faith communication with the government, including reporting a crime, testifying to Congress about infirmities in your public company’s finances, or reporting environmental regulation violations to the EPA. This qualified immunity is patterned after New York Times v. Sullivan’s protection for speech about public figures, and essentially applies that level of protection to any communication with the government. This substantive federal right of immunity can be raised as a defense against any civil claim, including a state defamation claim. The First Amendment rights at issue warrant such protection. For cases not involving good faith petitioning activity, however, the Citizen Participation Act leaves state law intact.

In addition to the qualified immunity, the bill provides procedural protections for petitioning activity and speech about an issue of public interest. Any time a defendant is sued, based either on petitioning activity or for having spoken out on an issue of public interest, the defendant can remove to federal court, and then bring a special motion to dismiss the claim. In order to survive the motion to dismiss, the plaintiff must prove that the case has minimum merit, both legally and factually.  In determining whether the case has legal merit, the court will apply the applicable law as is the procedure with other types of legal motions that are filed with the court.

So, in a state defamation case, the court is expected to apply state defamation law, as it would under diversity jurisdiction, to determine whether the plaintiff has stated a sufficient legal claim. In other words, the procedural protections provided for in H.R. 4364 do not interfere with existing state law. In fact, the requirement that a plaintiff prove merit under existing law is an elegant solution to the fact that SLAPPs are brought as all kinds of claims. No matter the claim that a plaintiff brings, the plaintiff must show it has merit if it impinges on another’s First Amendment rights.

The events of the past few years highlight the need for more communication about important issues. A more open, searching dialogue about the mortgage industry, for example, is something that we should have welcomed. Financial health, public safety, environmental well-being, national security, and government accountability all demand an active, engaged citizenry. Technology now makes it possible for everyone to don the hat of journalist, editor, town crier or anonymous pamphleteer. H.R. 4364 is particularly timely: it protects and encourages critical open dialogue, whether that speech takes place in the town square, on a cable news network, or a blog or online chat room.

Mark Goldowitz is the Founder and President of the Public Participation Project.

Peter Kurdock is the Legislative Director for the Public Participation Project.