Is the Internet Safer Today Than It Used to Be?

Home /Consumer Education/Is the Internet Safer Today Than It Used to Be?

Is the Internet Safer Today Than It Used to Be? 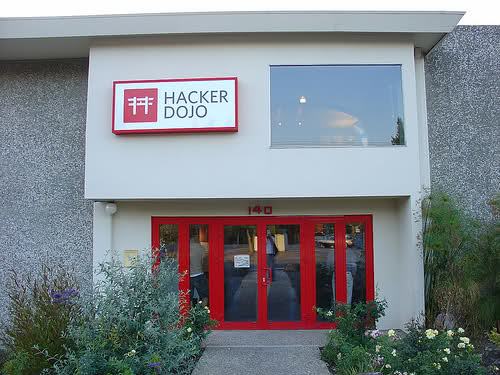 Has the internet grown less safe all around? It can be hard to tell. After all, the attacks have gotten more sophisticated — but indeed, so have regular users. The problem might be, however, that new technologies develop so fast that before we can even identify what they are, we’re hit by them. And children and seniors — who are typically less savvy than the average user — absorb the brunt of such attacks. By all accounts, it looks as if the abusers and attacks are putting up more of a fight than ever, at least. Here are some interesting statistics to peruse on the topic: Internet usage has increased dramatically over the last decade. There are 360 million internet users worldwide, and, according to the Pew Research Center’s most recent statistics, the percentage of American adults that have used the internet rose from 50% in 2001 to about 75% in 2008-2009. An average of about 60 hours a month are spent online, and 55% login everyday. 70% of users participate in some kind of social networking. And 36% use the web to browse e-mail, search, and purchase items. It’s the realm of supergeniuses and the stuff of movie thriller legend: Cyber hacks.

The FBI’s cybercrime report shows 336,655 complaints to the Internet Crime Complaint Center in 2009; that’s up about 22% from 2008. The most common complaints? Identity theft, fake pop-up ads masquerading as antivirus software, advance fee fraud, overpayment fraud, and jobsite scams. In 2009, infected pdf downloads were the largest threat and comprised 49% of vulnerabilities. And “cloned credit cards” — dumps of stolen banking information — sell for big sums in the underground market. (There was a 150% increase in dumps from 2008 to 2009).

Additionally, according to some sources, the hacking industry is booming even amidst a recession in 2011 — they’re even hiring as we speak. Perhaps the most notorious of internet criminal activities — attacks specifically against minors — are on the rise, as well. There are about 23,000 websites devoted to pedophilia. According to the Crimes Against Children Research Center, one in five children has been sexually solicited online — and only 25% of these informed a parent. (1/3 of the solicitations were aggressive, meaning that the solicitors sought outside contact.) A 2006 study found that, over a five-year period, there was an increase in harassment and “unwanted exposure to sexual material.” However, a more recent report by the Internet Safety Technical Task Force — released in 2008 by the Berkman Center  for Internet and Society at Harvard University — clarifies some of these statistics. For example, at least 90% of solicitations come from other young peers (when the approximate age is known). And the newer research suggests that the biggest threat to children may not be sexual — it might be more akin to plain old bullying. The mass production and selling of “attack kits” is the one of the most disturbing new cyber trends of 2011. Experienced hackers put together malware kits for less skilled hackers to easily master (altogether called “crimeware”) and launch attacks on vulnerable computers. A manager at Symantec reports that these kits are selling online for $40-$50 or even upwards of $1000. And some hackers use subscriptions so that users can get updates (and offer customer support). Skype, the popular Voice over Internet Protocol (VoIP) program, has a new virus on its hands — it masquerades as a RapidShare link, and an unsuspecting user will click on it and be exposed to a dangerous worm, which eventually hides itself in the computer’s operating system. And new e-mail viruses, it seems, are popping up every other day. Children and senior citizens with little knowledge of how spam and infected links work, or how to identify them, are usually the most susceptible. In February of 2009, some members of Congress proposed a bill, called the Internet Safety Act, that would require internet providers and operators of all WiFi hotspots — coffee shops, hotels, airports, and home users — to keep records of users for two years for police use. The measure, which is meant to curb criminal activity by undercutting user anonymity, is controversial, however: privacy advocates maintain that the logs could be used to silence political dissent, and businesses worry about the cost of maintaining such a database. Other experts have voiced concerns over the possible exploitation of the data, which could be sold to marketers or, worse, hacked into.

The 1996 Communications Decency Act makes it illegal to put “indecent” content in areas of the web most accessible to children. And the Children’s Online Privacy Protection Act of 1998 prevents anyone from obtaining a child’s personal information without getting parental permission first. There are also more individual means of protection that users have taken on, like anti-virus software, for example. Parents with small children should remember to act as the first line of defense and talk openly with them about their internet use, monitoring it closely, and establishing blocks where necessary.

Whether you’re a parent or not, it makes sense to upgrade your internet safety apparatus to the maximum. You might not be able to prevent everything in one fell swoop, but you can at least outsmart the amateurs.